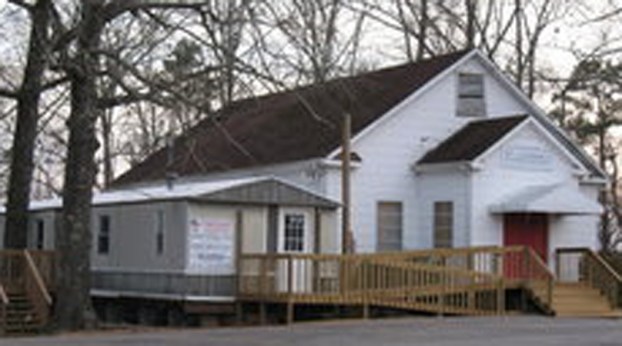 Rev. Eric Mancil and volunteers from St. Catherine’s Episcopal Church will be available in the Winn Dixie parking lot on the morning of Wednesday, March 1 to offer “ashes to go.”

St. Catherine’s to bring Ash Wednesday to people on the go

CHELSEA- St. Catherine’s Episcopal Church in Chelsea is offering “ashes to go” in the Winn-Dixie parking lot on Wednesday, March 1 from 9 to 11 a.m. According to Rev. Eric Mancil, the purpose of “ashes to go” is to offer people who don’t have the chance to attend church services to observe Ash Wednesday.

“This is going to be something new that St. Catherine’s has never done before. Some Episcopal churches have started doing this as an outreach ministry, specifically for people who can’t make it to church or are unfamiliar with the tradition of receiving ashes,” Mancil said. “People can park, come over, get their ashes and be on their way.”

During Ash Wednesday, members of the Episcopal Church traditionally receive ashes on their forehead in the shape of a cross. While the cross is being drawn, the words “Remember that you are dust, and to dust you shall return,” are said.

“The words are meant to be as a reminder that time is short, and we’re only given a certain amount of time on this earth to live and do the work that God has given us,” Mancil said. “The ashes remind us of our mortality.”

Mancil said he has seen churches in more urban areas offer “ashes to go.” However, he said he has never seen anything like it in a small town like Chelsea.

“I first heard about it when I was in seminary, and I got to participate with one of the local churches in Washington D.C,” Mancil said. “I’ve never done it in a rural setting like this, but it’s something that’s become more of a trend in the last four or five years.”

Mancil said he and other volunteers are willing to dispense ashes to anyone, regardless of their religious beliefs. He said he hopes that offering ashes in a public setting will increase the community’s interest in the Episcopal Church.

“I hope that people reach out of a sense of curiosity, and that they come by and talk with us, even if they don’t receive ashes. If they’d also like to just come and pray, they can,” Mancil said. “I know this is not a custom that all churches observe. Anyone who would like to learn more about why we do that would find it less threatening that by coming to church.”

In addition to giving “ashes to go,” St. Catherine’s is also holding regular Ash Wednesday services at noon and at 7 p.m. Music will not be used during the noon service.

FROM STAFF REPORTS HOOVER – Run, walk and have lots of fun! That is the plan for the Third Annual... read more