By Emily Reed/Special to the Reporter 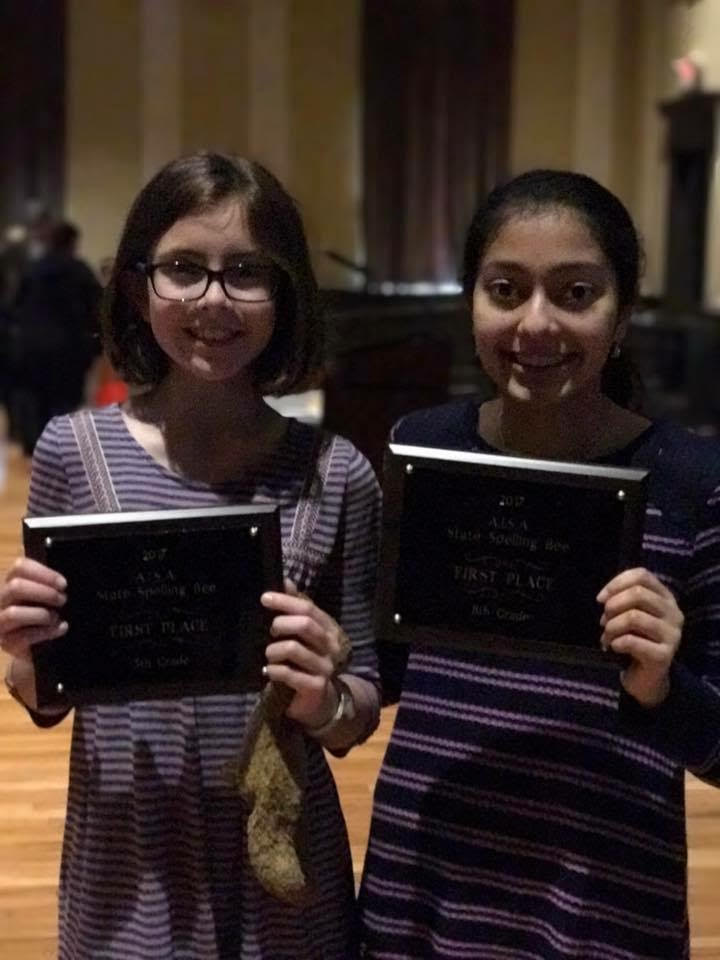 Hannah Fisher, a fifth grader at KCS, won the state competition for her grade level by correctly spelling the word “expertise.”

Nicki Modi, an eighth grader at KCS, also won the state competition for her grade level by correctly spelling the word “opossum.”

KCS principal Ruth Gray said this is the second year for Modi to win an award, after she previously won the competition during her seventh grade year.

The district competition this year was held in Sumiton at Sumiton Christian School, and the state competition was held at Huntingdon College in Montgomery on Feb. 8.

There were eight students that competed in the state portion, one from each AISA District, Gray said.

The Alabama Independent School Association’s mission is to serve independent schools in the state of Alabama by providing its member schools with educational and corporate services and programs focusing on excellence in academics, accreditation, and athletics, according to AISA’s website.

Students at KCS started competing for the first time in 2016, and Gray said she is very proud of how well the students have done.

“In our society, spelling is often seen as unnecessary, or the ability to spell is seen as unnecessary with the invention of spell check and auto correct,” Gray said. “We strive to stress the importance of being a good speller to all of our students, and we are confident that although Modi has aged out of the competition, Fisher and many other KCS students will have the opportunity to participate in the future.”

The Thompson Middle School Girls’ Bowling team was recognized for their achievements this year during a recent Alabaster Board of... read more