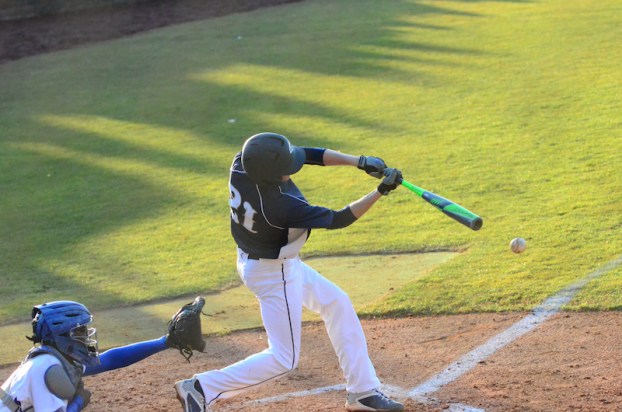 Briarwood had a dominating opening day going off for 16 hits and 12 runs in a 12-0 shutout win over John Carroll to open the 2017 season. (File)

BIRMINGHAM – Last year was the first time in Steve Renfroe’s time at the helm that Briarwood’s baseball team failed to make it out of the first round of the baseball playoffs. This year that’s something that Renfroe and his players definitely have on their mind as they look for redemption in 2017.

On Monday, Feb. 20, they started their 2017 campaign on the road at John Carrol Catholic High School and it was pretty evident they wanted to start out strong to show they would be no joke this year. The game only went five innings due to how dominant the Lions were both at the plate and on the mound.

After exploding for 16 hits, 12 runs and pitching a shutout on the mound, Briarwood walked away with a dominating 12-0 win in to start the 2017 season.

Ten different Lions’ players had hits in the game, while six of them tallied at least one RBI during the offensive onslaught.

Briarwood started off relatively slow with just one run in the first, but followed that up with three runs in the second and third innings, as well as five in the fourth inning.

The breakout second inning that sparked the dominant day was started by a couple of singles, the latter of which came from Hiers. JR Tran Reno came in to pinch run for Hiers on several occasions and had a stellar day doing so with two stolen bases and three runs scored. The first of those three runs came in the second inning on a fielder’s choice.

A few more singles in the inning led to a total of three runs as the Lions had opened up a 4-0 lead. Briarwood, in similar fashion with several singles, put up three more runs in the top of the third inning to really put things away at 7-0.

The Lions added five more in the top of the fourth and with the pitching staff not allowing more than one hit per inning, those 12 runs gave Briarwood plenty of cushion as they completed the 12-0 shutout.

Michael Hiers threw three scoreless innings on the mound striking out three batters, while only giving up three hits. Noah Whatley came in in relief pitching two innings in which he struck out three batters and allowed zero hits or runs.

At the plate, Carson Eddy had a strong game going 3-4 with three RBIs to lead the way. Sam Hamner also had a nice day going 2-2 with three RBIs on the day. Several others also had strong performances as really every Lions’ player got in on the action.

It was a strong statement to make for a Briarwood squad looking to get back to the success they are used to.

By GRAHAM BROOKS / Staff Writer HOOVER–After capturing the program’s first area championship in 2016 by winning the Class 5A... read more