COLUMBIANA- A 32-year-old Georgia man was arrested and charged with human trafficking in the second degree on Thursday, Feb. 16. 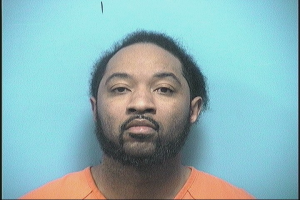 According to Lt. Clay Hammac, the Shelby County Drug Enforcement Task Force began investigating after they received reports from several hotels near U.S. Route 280 about illegal activity in the area.

McCury, who lists his address on Meadow Lakes Drive in Pint Mountain, Georgia, allegedly “knowingly benefitted, financially or by receiving anything of value, from participating in a venture of engagement for the purpose of sexual or labor servitude” from a 20-year-old victim in Shelby County, according to his court documents.

“Our goal is to find out how we can help these women escape this lifestyle,” Hammac said. “Eighty percent of them will tell you that they’re doing this by choice, but it’s a combination of brainwashing and drug dependency that’s keeping many of them there.”

Human trafficking in the second degree is a Class B felony, which carries a penalty of two to 20 years and a maximum fine of $30,000.

He is currently being held at the Shelby County Jail on a $30,000 bond. McCury was assigned to Shelby County District Court Judge Daniel Crowson. The date for his preliminary hearing has not been set.