Montevallo falls to Midfield in Elite 8 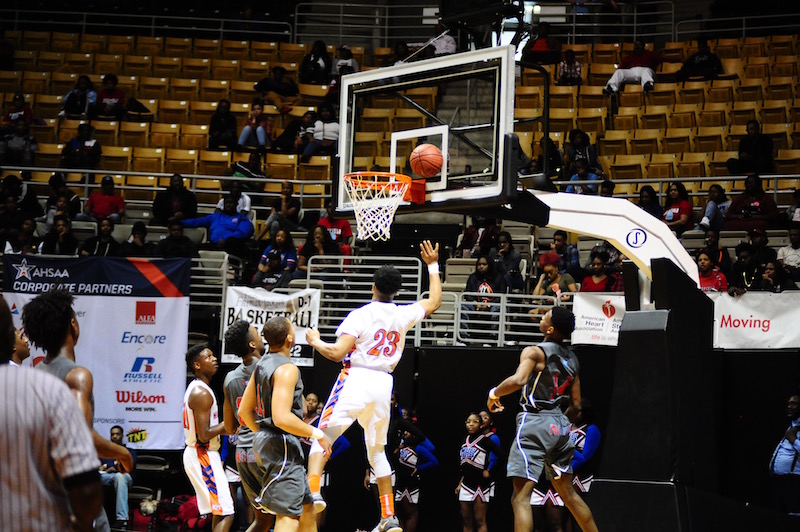 TreShawn Brown lays the ball in off the glass in the second quarter of Montevallo's Elite 8 matchup with Midfield. (Reporter photo/Alec Etheredge)

MONTGOMERY – Montevallo saw a fantastic season led by a senior laden squad come to an end in the Elite 8 on Wednesday, Feb. 2, as they fell to the No. 1 Midfield Patriots by a final score of 103-56. It was a matchup between the 3A No. 1 and 3 team, creating a fun matchup on paper, but the Bulldogs were just simply outmatched in this one.

From before the game even started, you could tell things weren’t going to go Montevallo’s way as they got a technical for touching the rim in warmups. Midfield was able to put up a 2-0 lead before any time had come off the clock.

Due to the technical they also received the ball first and that’s when Kameron Woods got his day started. Woods drained a 3-pointer from beyond NBA range to put the Patriots up 5-0 in the early going. Those were his first three of 41 points on the day as he hit six threes in the game.

Montevallo answered back with a quick 4-0 run to get it back within one before Shyim Cunningham, who also had a monster day with 27 points and nine rebounds, hit a three to make it 7-4.

Over the next couple of minutes, the two teams battled back and forth until it was 10-8 Midfield. Despite being outsized, the Bulldogs were hanging tough early in the game. That’s when the Patriots turned up the pressure and ended the quarter on a 12-2 run to take a 22-10 lead at the end of one.

Montevallo came out in the second quarter and forced a couple of early turnovers which led to two layups by TreShawn Brown plus an and-1 from Te’ Smith as they went on a 7-1 run to get within six at 23-17.

The rest of the quarter was turnover central for the Bulldogs as Midfield ended the quarter on a 27-9 run to take a 50-26 lead into the break. Montevallo had 14 first-half turnovers, including 10 in the second quarter alone, which led to 19 points off turnovers for the Patriots as they made sure to capitalize.

Woods came out and immediately established himself in the second half showing that he hadn’t cooled down whatsoever. He drained his third 3-pointer from at least NBA range in the game to put Midfield up 53-26. He then went on to breakout for 20 points in the quarter to give him 37 for the game with one quarter still left to play.

The Bulldogs couldn’t find any momentum whatsoever as they found themselves in a big deficit and their season looking like it was coming to an end. They hit back-to-back 3-pointers at one point to get it within 25 points, but that’s as close as they could get as the Patriots grabbed an 81-51 lead after three quarters.

Nothing changed in the final quarter as Midfield had built a solid lead and continued to apply pressure to win by the final score of 103-64 to end the Bulldogs’ season in the Elite 8.

Smith led Montevallo with 19 points while also adding eight rebounds. Brown had a double-double with 15 points and 10 rebounds. Tavarus Hall also added 10 points to give the Bulldogs three scorers in double figures.

Midfield had four guys score in double-figures led by Woods and Cunningham. Anthony Brown added a double-double for the Patriots with 10 points and 16 rebounds while Kalon Williams posted 11 points and six rebounds.

Montevallo allowed 20 offensive rebounds and turned the ball over 21 times, which were big reasons for the loss.

The Bulldogs will have to replace a lot on next year’s roster, but head coach Greg Dickinson did a fantastic job making it to the Elite 8 with this year’s squad. 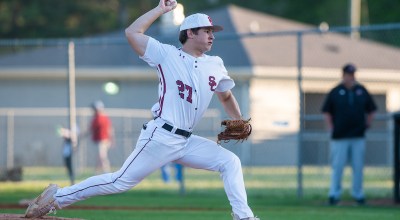