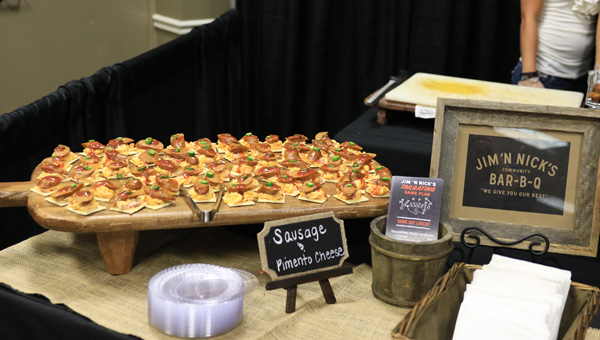 The Taste of Pelham will feature a variety of samplings from restaurants, caterers and beverage providers across Pelham. (File)

Taste of Pelham set for March 7

PELHAM – The Pelham Library Guild is preparing to host its fourth annual Taste of Pelham event at the Pelham Civic Complex on Tuesday, March 7, from 6-8 p.m.

Patrons will be able to sample food and beverages from various vendors while a live band entertains them.

“It’s way more food than you can actually eat,” Campbell said. “It’s a great event for a date night, and you certainly get you money’s worth.”

The event serves as a fundraiser for the library guild. The money raised will go toward offsetting construction costs for the city’s new library.

The guild has set a goal to raise a total of $300,000. More fundraisers are in the works to help raise the money, Campbell said.

Tickets for Taste of Pelham are $25 in advance and $30 at the door. Tickets can be purchased at the Pelham Public Library, Iberia Bank in Pelham and online at Eventbrite.com/e/2017-4th-annual-taste-of-pelham-tickets-31978505571?aff=es2.

PELHAM – The Pelham City Council approved water rate increases for the next two years at a meeting held at... read more