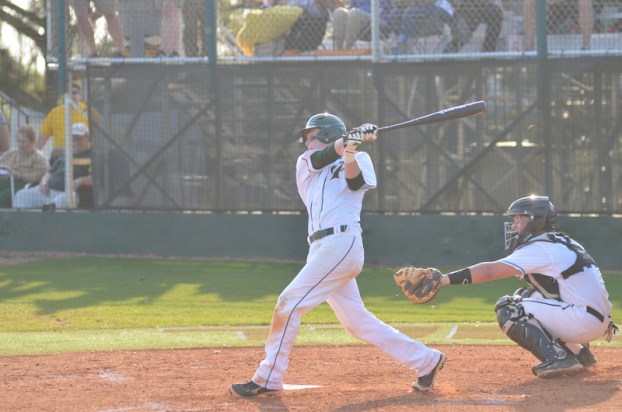 Pelham's baseball team is off to a 1-1 start after a dominating 11-1 win over John Carroll. (File)

PELHAM – It didn’t take long for the Pelham Panthers to get over their 11-8 opening-day road loss to Oxford as they bounced big in dominating fashion in an 11-1 thumping of the John Carroll Cavaliers in five innings on Wednesday, Feb. 22.

John Michael Long was the Panthers’ shining star as he threw an incredible game on the mound. Long went just three innings, but tallied 10 strikeouts in those three innings, meaning yes, every out Pelham got in the first three innings was on a strikeout from the tough pitcher.

He gave up just two hits and one unearned run in the winning effort. Long threw a first pitch strike to nine of the 12 batters he faced.

The scoring started early in the game for Pelham as they scored their first run in the bottom of the first inning in weird fashion. Tyler Wages got on board thanks to a lead-off walk after a 10-pitch at bat. He then stole second two pitches into Garrett Stonicher’s at bat and a couple of pitches later advanced to third thanks to a balk by Jason Kapera. Wages then proceeded to score on a wild pitch meaning he rounded all of the bases without a single ball being put in play.

Pelham didn’t have much happen the rest of the first or second inning and the next run to cross the plate came from the Cavaliers in the top of the third. After a passed ball on a strikeout allowed Malcolm Russell aboard, Garrett Simpson singled to right field, which brought Ben Saway to the plate who singled to left field to bring in Russell to tie things up at one. Long settled in and struck out the next two batters to end the inning.

Finally, in the bottom half of the third, the Panthers’ bats got going. Wages tripled to right field on the first pitch he saw to lead off the inning and came in to score on an error by the second baseman to put Pelham up 2-1. Stonicher one-upped Wages’ triple by jacking one over the left field wall for a home run on the third pitch he saw to make it 3-1. They brought in one more run in the inning off of a Kasey Clark RBI.

Stonicher had an incredible game for Pelham reaching base in all four of his at bats going 2-2 with two hits and two walks. He also drove in two runs and scored three different times in the game. Clark also had a good night for the Panthers going 2-3 with four RBIs.

Hunter Motes, who came in for relief of Long, threw two scoreless innings with three strikeouts.

By ALEC ETHEREDGE | Sports Editor PELHAM – The 6A No. 3 ranked Pelham Panthers’ boys soccer team is off... read more