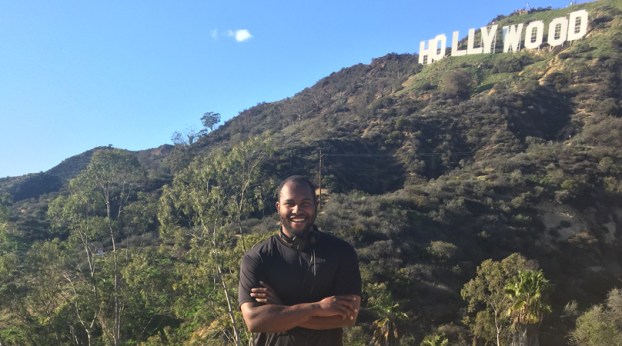 2011 THS graduate LaDarrion Williams has written and published several scripts and screenplays. The first script he ever wrote, “Concrete Rose,” will be featured in the DC Black Theatre and Arts Festival in June and July. (Contributed)

“I wasn’t too familiar with the festival, so I submitted it and it was accepted,” Williams said.

Williams said he originally wrote the play for an assignment in his theatre class at THS. He submitted it in the playwriting category of the 2011 Alabama State Thespian Conference, where it won first place.

“It was the first play that I actually wrote,” Williams said. “It’s basically about two strangers who are stuck in a hospital room during hurricane Katrina. They don’t remember who they are or know who the other person is, but they’re finding out that they’re connected in unthinkable ways.”

Williams said he originally wanted to be an actor, but changed his mind after “Concrete Rose” placed first.

“I wasn’t initially a playwright. After ‘Concrete Rose’ won the competition, I realized that this is something I’m good at,” Williams said.

Williams also wrote, directed and produced the play, “Mississippi Son,” which will premiere at Moments Playhouse Theater in Los Angeles on Friday, March 31.

“It’s about this small family in Jackson, Mississippi in the 1960s,” Williams said. “They’re preparing for the one-year death anniversary of their father. The son moved away from home, and he’s come back, so they’re working through that during the Civil Rights era.”

Williams’ play “Broken Memories” was featured in the 2013 Minnesota Fringe Festival and was published by the Black Box Theatre Publishing Company and Chicago Dramaworks. The play follows three teenagers and addresses topics like suicide, depression, teen pregnancy and bullying.

Williams, who said he “moved to LA with two suitcases and a dream,” moved from Alabaster to Los Angeles two years ago to pursue his career as a playwright.

“I wanted to create my own stories about people of color and shine a light on things that are not normally talked about,” Williams said.

Williams has also written several screenplays, and is currently working to turn “Broken Memories” into a short film.