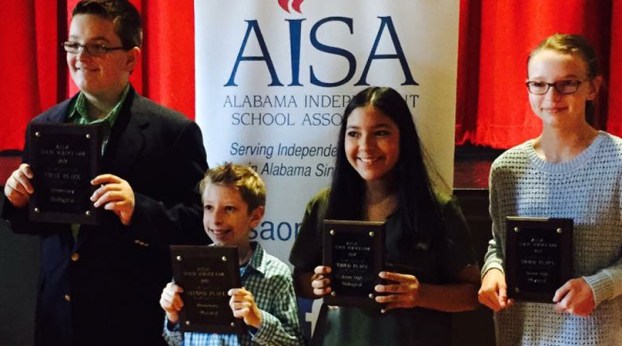 “Our kids did a great job. They worked hard, and they took things more seriously,” Principal Ruth Gray said. “We’re excited to be able to say that we have four state science fair winners.”

Gray said all KCS students from the sixth through 11th grades participated in a schoolwide science fair in January, and 21 students were selected for the district competition at Bessemer Academy.

“Out of the 21 students that we took to district, eight won first or second place in their categories and had the opportunity to move up to the state competition,” Gray said.

Gray said she was proud of all the students who made a project, regardless of whether it placed in the schoolwide or statewide competitions.

“Science projects are not always the most popular things in school. Some people even dread them. I’m proud of everybody who participated, and everybody who put forth the effort to make a project,” Gray said.

Gray also said she admired the efforts of everyone who placed at the state level.

“The ones who were able to place through the district and state levels showed extreme maturity, professionalism and motivation. They just had the intrinsic desire to excel, and it definitely showed. When you win at the state level, it is not by accident. It’s because you put a lot of time and effort into it.”