HOOVER – Hoover police are searching for a woman who, while working for a company that assists seniors, allegedly made fraudulent charges of more than $1,700 to the credit card of an elderly caregiver. 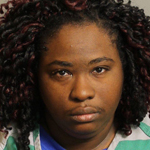 Sheneika Lavonne Nevels is wanted in Shelby County for felony identify theft, according to information released by Hoover Police Department.

In September 2016, Nevels worked for a company that provided services and care for seniors living at home, including meal preparation, transportation and housekeeping.

While working in this capacity, Nevels allegedly obtained credit card information from an 81-year-old victim who was serving as the caregiver for a spouse with dementia, according to HPD.

The credit card information was used at various stores to purchase merchandise totaling $1,792.72, according to HPD.

Nevels is described as a 5-foot-3, 260-pound black woman with brown eyes and black hair.

Anyone with information about the suspect or case should contact HPD Detective Ed Leach at 739-6071.

Anonymous tips can be left through the HPD website at HooverPD.com/submit-a-tip.php.

HOOVER – Each year, swimmers at Greystone YMCA log hundreds of miles of laps in a quest for the famed... read more