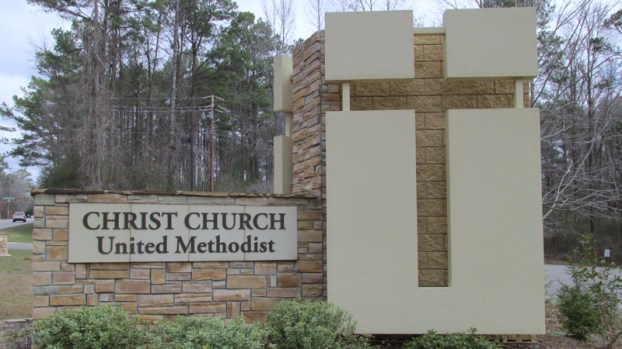 By MICHAEL J. BROOKS/Special to the Reporter

NORTH SHELBY – Boy Scouts Troop 5, sponsored by the Christ Church UMC in Birmingham, will celebrate a notable anniversary in April: The troop will be 100 years old.

“Our troop was founded in 1917, and the low digit shows we were among the first in Alabama,” said Mark Rogers, chair of the Pack 5 Committee at Christ Church.

“His shop was in the area where the Birmingham Jefferson Civic Center is now,” Rogers said. “The troop was ‘handed off’ to various sponsors over the years, and our church took sponsorship in 1979.”

Rogers explained that his committee oversees the Cub Scouts pack affiliated with Troop 5, and that the Christ Church Cubs were founded later than the Scouts troop. Cub Scouts include boys under age 10 or 10 1/2, and the Boy Scouts take over around age 11. Christ Church has some 50 boys involved in their program currently.

Rogers said Troop 5 has a notable record with 167 Eagle Scouts in its history and two or three others coming along this spring.

“The Eagle Court in our church is a big deal,” Rogers said. “This is the award ceremony when the Eagle and his parents are honored and the community service project celebrated. One of our Eagles, for example, took on a major project to replace all the bluebird houses at Oak Mountain State Park.”

A celebration is planned at Christ Church on April 30 to commemorate Troop 5’s 100th birthday.

“We’ll recognize several adult leaders with the ‘Cross and Flame’ award of United Methodists,” Rogers said. “This award is given for five years or more of volunteer leadership. The couple who brought the troop to our church have 41 years in scouting, and I have 25.”

Rogers said the scouting program has a number of positives.

“Boys learn outdoor skills, of course, and educational skills as they complete projects for merit badges,” he said. “But they also gain leadership skills. Senior Scouts actually run the troop. They’re expected to make major decisions and grow in their leadership. And Scouts give back by doing so many community service projects.”

Steve Adwell is Scoutmaster for Troop 5, and Mayo Woodward is Cubmaster for Cub Scout Pack 5.

“We’re all aware our culture is in a leadership crisis—crises of character, civility and at times, competency,” said Paul Lawler, Christ Church’s senior pastor since 2007. “Scouting fosters the development of well-rounded young men who have the potential to become great influencers in our nation. As we celebrate Troop 5’s 100th anniversary, it’s our hope and prayer that many more (young men) will be raised up as great leaders.”

For more information visit the Christ Church website at ChristChurchtv.org or call the church office at 991-5065.