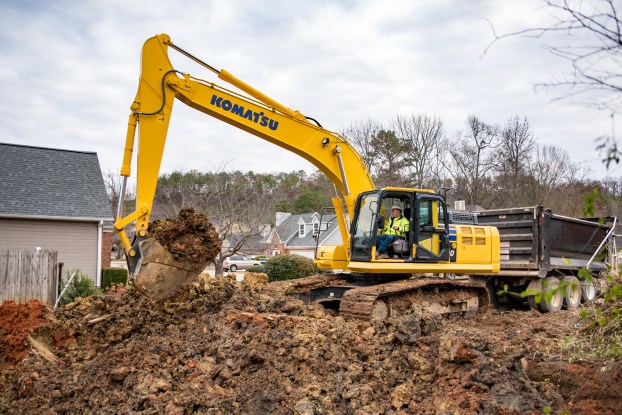 PELHAM – The city’s Bearden Road sidewalk project is moving along and is expected to be completed in three to four months, according to an update given during a Pelham City Council meeting on Monday, Feb. 20.

By the end of March, City Council President Rick Hayes said most of the construction work will be off the road and strictly on the sidewalk. Traffic on the road should not be impacted at that point.

The goal of the project is to improve safety n the road for PHS students and parents. Eventually, the sidewalk will also make it possible for a trail system to connect to Oak Mountain State Park.

Another city project, the Alabama 261 Drainage Improvement Project, is well underway and is on track to be completed by its June contract deadline.

The project is expected to greatly reduce flooding in the Saddle Run neighborhood and in surrounding areas. Multiple retention ponds, connected by a low-lying tract of land called a swale, will capture and store rainwater runoff and drain it in a titrated fashion so that it does not overwhelm the drainage system.

The retention ponds and swales are intended to be dry except for during a rain event. The city tore down five houses in the Saddle Run neighborhood and cleared the lots to help make room for the retention ponds.

PELHAM – The Pelham City Council is moving forward with plans to hire a city manager. At a meeting held... read more