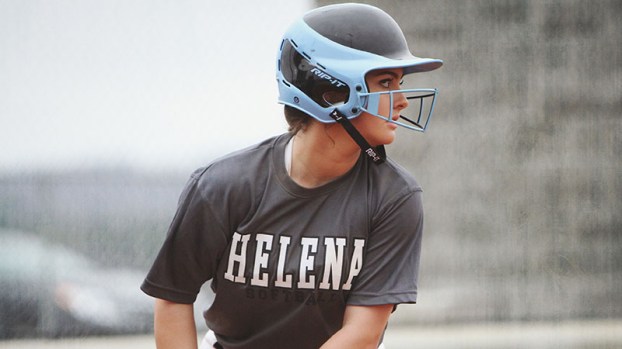 Helena’s Grace Robertson hit a walk-off single in a game against Lincoln in the Leeds Tournament to give the Huskies a 3-2 win on Feb. 24. (File)

LEEDS–After winning the season opener against Hewitt-Trussville 4-1 on Feb. 23, the Helena Huskies softball team had a quick turnaround to prepare for multiple teams as they competed in the Leeds Tournament Feb. 24-25. Helena went 2-2 over the two-day span defeating Lincoln and Pinson Valley, while dropping games to Chelsea and Mortimer Jordan.

In game one of the tournament, Helena had a tough time getting any offense going as Chelsea defeated the Huskies 4-0 in five innings.

The Hornets got on the scoreboard first in the top of the third inning after a two-RBI single to go up 2-0.

Helena had base runners in each of the five innings but was unable to string together enough hits to bring them home. The Huskies finished with five hits in the game and two errors.

Leading 2-0, Chelsea expanded their lead to 4-0 in the top of the fifth inning on two separate RBI singles.

Mekhi Mayfield hit a two-out double in the bottom of the fifth inning but the game ended when Mayfield was thrown out trying to steal third.

Sarah Cespedes earned the win for Chelsea after pitching two innings and giving up zero runs.

Helena had a chance to rebound from their loss to Chelsea in a matchup against Lincoln in the night game on Feb. 24.

The Huskies would respond in dramatic fashion as shortstop Grace Robertson hit a walk-off single to score Mayfield from second base in the bottom of the fifth inning to give Helena a 3-2 win.

Both Mayfield and Robertson finished with multiple hits in the game in three plate appearances.

Helena had no problem taking care of Pinson Valley on Feb. 25, as the Huskies put together back-to-back five-run innings and pitcher Avery Barnett threw a complete game, two-hit shutout in the 10-0 victory.

Helena struggled to get the bats going in the final game against Mortimer Jordan on Feb. 25, in a 4-0 loss.

The Huskies mustered just one hit that came in the third inning off a double from Mayfield.

Mortimer Jordan’s pitcher was the difference in the game as she pitched a complete game one-hitter.