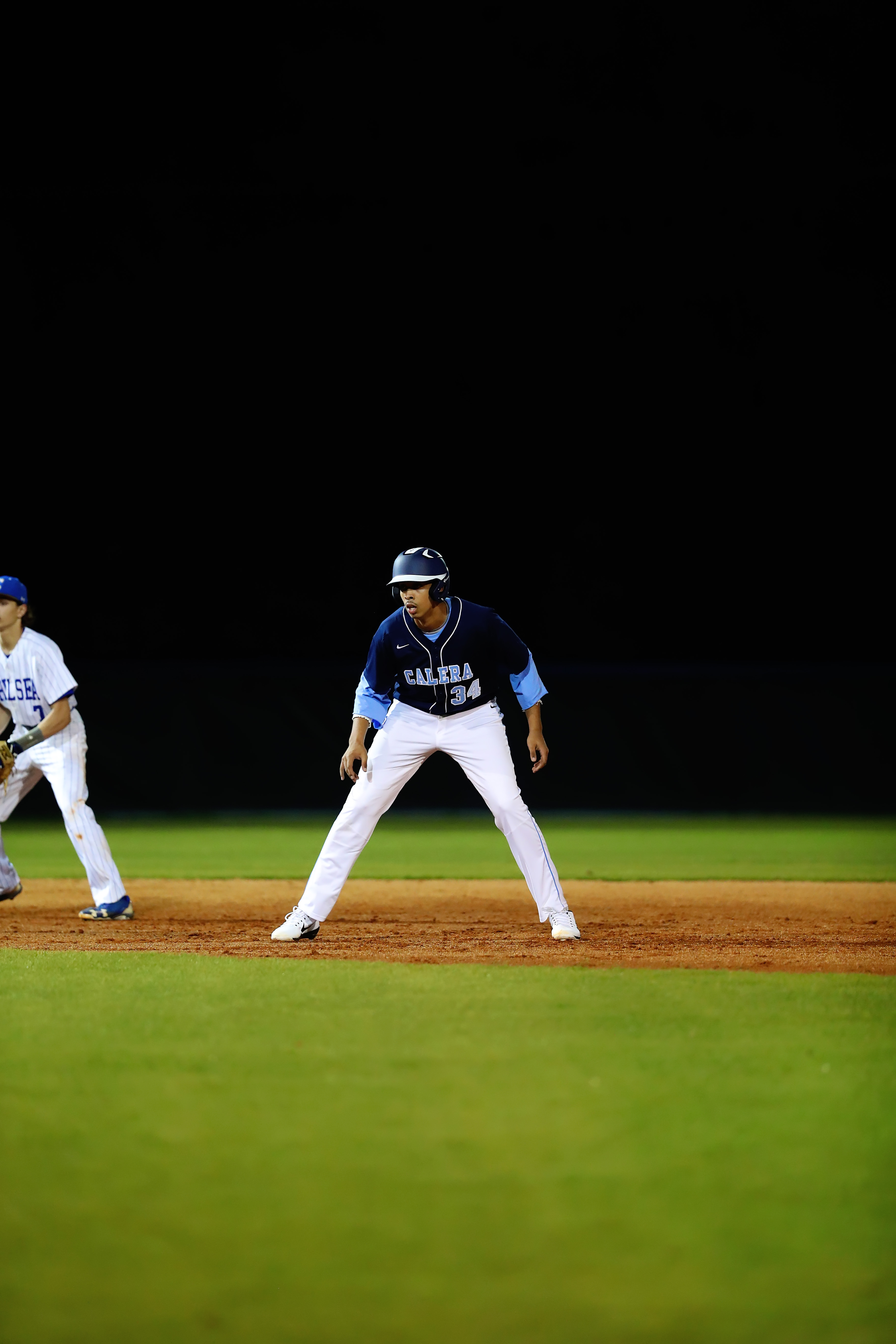 Jacob Smith threw a five-inning no-hitter against Ramsay on Tuesday, Feb. 28. It marked the second no-hitter for Calera in the last five days. (For the Reporter/Cari Dean)

CALERA – Five days after Kevin Dowdell picked up a no-hitter in his first start of the season, Jacob Smith took to the mound against Ramsay on Tuesday, Feb. 28, and in similar fashion dominated the Rams, pitching the Eagles’ second no-hitter of the season.

Smith not only picked up an 11-1 win, but was a strike throwing machine. All but one out in the five inning game came from Smith’s arm as he registered 14 of the 15 outs with a strikeout. Out of his 68 pitches, 49 were strikes including the 15 first pitch strikes he tossed.

Ramsay was only able to put four baserunners aboard, two on errors and two on hit batters.

From the first inning of the game, the Eagles showed their dominance in the contest. After Smith struck out the side in the top of the first with just 10 pitches, Calera came to the plate with live bats. They started the bottom half with a groundout and strikeout, but that’s when Dowdell came to the plate and his single to second base started a chain reaction.

Tyler O’Clair followed Dowdell’s single with one of his own, which allowed Smith to come to the plate and drive a double to center field. Both Dowdell and O’Clair came around to score giving the Eagles a quick 2-0 lead. A walk from Christian Hall and another single from Quin Darius Crew brought in two more runs to give Calera a 4-0 lead after one. They were able to pick up all four hits and runs with two outs in the inning.

The second inning was almost identical to the first. Smith picked up another easy 1-2-3 inning. When the Eagles came to the plate, they started with a line out and fly out to give them two outs in the inning yet again. Apparently that’s just the way they like it as they strung together two walks, two singles and forced an error to plate three more runs in the inning and take a 7-0 lead. With the way Smith was tossing the ball on the mound, that 7-0 advantage was plenty of insurance.

After Calera put two more runs on the board in the third to extend the lead, Ramsay was finally able to pick up their first run of the game in the top of the fourth thanks to a dropped third strike and hit by pitch allowing two baserunners. Fortunately for the Eagles, they had built an insurmountable lead and that one run was all that would cross the plate for the Rams.

Calera brought in two more runs in the bottom of the fifth inning to make the score 11-1, which allowed them to win shortened mercy rule game.

Seven Eagle players had a hit on the day, four of which were multi hit days. None were better than Will Glasscock who went 3-1 at the plate with two RBIs and one run scored. Austin McKinney and Smith also both picked up two RBIs on the night. Calera outhit Ramsay 12-0 in the game, while both teams committed two errors.