COLUMBIANA- A 30-year-old Alabaster man who was charged with rape in the first degree and sexual abuse of a child less than 12 years old on Nov. 2, 2016, was scheduled for a status call hearing at 8:30 a.m. on Thursday, May 4, at his preliminary hearing on Thursday, March 2. 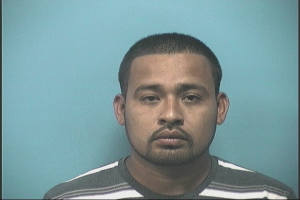 According to the motion, “certain biological evidence” was also collected through a sexual assault kit from the victim.

After his arrest, Morales was originally set for a preliminary hearing on Dec. 1, 2016, which was rescheduled for March 2.

If convicted, Morales could face a maximum sentence of life in prison for rape in the first degree and a maximum 20-year prison sentence for sexual abuse of a child below 12 years old.

Morales is currently being held at the Shelby County Jail on a $90,000 bond.