COLUMBIANA- A Columbiana man was charged with rape in the first degree on Monday, Feb. 27. According to Shelby County Sherriff’s Office Capt. Jeff Hartley, 28-year-old Roshon Lee Willis was already being held at the Shelby County Jail for a different crime when he was charged. 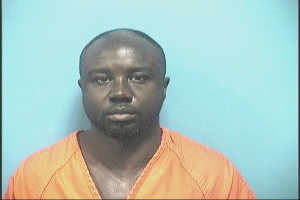 According to court documents, Willis, who lists an address on Wood Lane in Columbiana, “did intentionally engage in sexual intercourse with a person of the opposite sex by forcible compulsion” in late December 2016. When charged, Willis was being held for a probation violation and non-support of a child.

Rape in the first degree is a Class A felony, which can be penalized by a maximum of 99 years in prison and a maximum $60,000 fine.

Willis was assigned to Shelby County District Court Judge Lara M. Alvis, and was scheduled for an arraignment on Tuesday, Feb. 25.