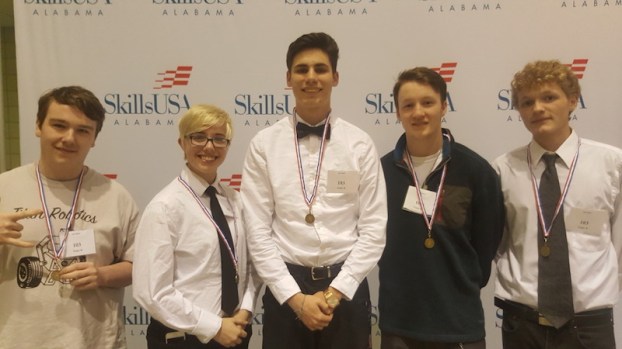 The district competition held at Lawson Community College had over 300 students from 30 schools in central Alabama participate.

Students competed in a variety of events and the top three winners in each category were awarded a gold, silver or bronze medal.

The Shelby County College and Career Center (CCC) received the most total medals at 15, and Chelsea High School tied for the most gold medals at seven. Calera High School won two medals.

The 2017 Central District winners are as follows:

In Carpentry, Dalton Purcell from CCC won a silver medal.

In Welding, Michael Ward from CCC won a gold medal.

These students will advance to the state competition held in April.