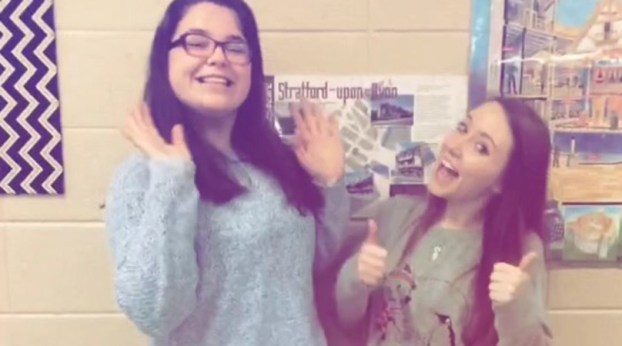 CHHS students donned hats or pajamas at school to raise money for the family on ninth grader William Pace. (Contributed)

CHHS ‘Chills for Will’

CHELSEA- Chelsea High School students wore hats or pajamas as part of the “Chill for Will” fundraiser on Wednesday, March 1. According to CHHS Assistant Principal Matt Stephens, “Chill for Will” was started to raise funds for the family of ninth grader William Pace, who was diagnosed with encephalitis in early January.

Encephalitis is a brain infection, which can result in paralysis and require therapy.

“Will has been in the hospital since January. He’s been struggling with it for a couple of months. This is a collaboration between students, faculty, administration and counselors to try and do something to help,” Stephens said.

Students paid two dollars to wear either pajamas or a hat to school, or three dollars to wear both. According to teacher Kelli Parramore, “Chill for Will” was organized by the CHHS Peer Helpers.

“Peer Helpers felt the need to reach out as a group to see what we could do as a group to support them,” Parramore said. “They came up with the idea, promoted it throughout the school, and took up donations.”

Parramore said the Peer Helpers also gave ninth graders the opportunity to write messages of hope and encouragement to the Pace family during their Guided Practice Studies classes.

The proceeds of “Chill for Will” will be donated to the William Pace Fund, which aims to financially help the Pace family with medical and therapy expenses. A total of $675 was raised through ‘Chill for Will.”

To learn more about the William Pace Fund or donate, visit Gofundme.com/William-pace-fund. So far, a total of $5,400 has been raised online.

“I think it speaks volumes about how much we care for our students. When we have the opportunity to help, we want to do that as much as we can, even when it’s not as much as we want to,” Stephens said. “We’re just hoping for the best outcome for will and his family. Hopefully, he’ll be back here soon.”

By GRAHAM BROOKS / Staff Writer HELENA–The city of Helena is exploring its options to make way for a 125-foot... read more