Man gets 10 years for dealing crack

COLUMBIANA – A 52-year-old Alabaster man will spend the next decade in prison after he pleaded guilty recently to distributing crack cocaine in the city. 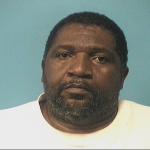 Shelby County Circuit Court Judge Lara Alvis sentenced Terrance Fitzgerald Hale, who lists an address on Seventh Avenue Southeast in Alabaster, to 10 years in prison on Feb. 27 after Hale pleaded guilty to one count of distribution of a controlled substance.

A second distribution of a controlled substance charge against Hale was dropped through a plea agreement with prosecutors.

As conditions of his sentence, Hale, who has three previous adult felony convictions, also must complete a substance abuse treatment program and surrender his driver’s license for suspension.

Hale was one of nine individuals arrested through the Shelby County Drug Enforcement Task Force’s “Operation Trifecta” in May 2016.

The arrests came with the assistance of the Alabaster and Pelham police departments and the Shelby County Tactical Response Unit, and targeted key suppliers and dealers of cocaine, crack cocaine, prescription narcotics and marijuana in Shelby County. The Task Force made the arrests after several months of investigation.

CHHS ‘Chills for Will’

CHELSEA- Chelsea High School students wore hats or pajamas as part of the “Chill for Will” fundraiser on Wednesday, March... read more