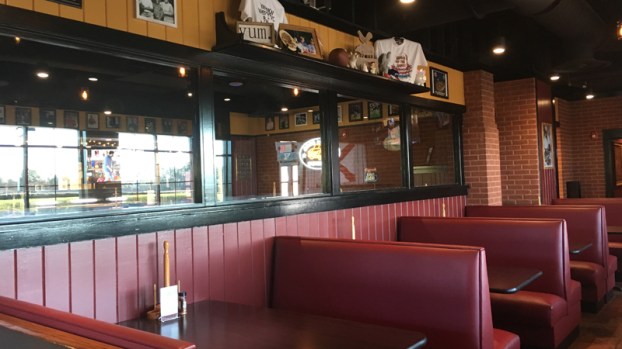 HOOVER – Dreamland Bar-B-Que is gearing up to open a new location off of U.S. 280 this spring.

The 180-seat restaurant will be in the former Chili’s location at the corner of Valleydale Road and U.S. 280, making it the second location in the Birmingham area.

“A lot of times when customers come to the Southside location it can be cumbersome to find a parking spot, especially if you are a family with children,” Dreamland Marketing Coordinator Sarah Drexler said. “We are really trying to reach families that live in the suburban areas. We also really like that there are several schools around because Dreamland is very involved in the schools.”

The Inverness location will be the 10th location to open for the company with most of the locations in Alabama, two in Georgia and one location Tallahassee, Fla.

While Drexler said all Dreamland Bar-B-Que restaurants are similar in serving up a crowd favorite, ribs and signature sauce, each location is unique.

“The neat thing is customers can visit any Dreamland location and still find the same flavor, the same ribs, the same sauce, and the white bread to dip and sop,” Drexler said. “However, each location is just a little different. The original restaurant in Tuscaloosa is still a one-room building with no windows, and a small space, whereas the new location in Inverness is 6,000 plus square feet, and is bright, inviting and open.”

Drexler said the popularity of Dreamland Bar-B-Que not only in Alabama but nationwide stems from the original location in Tuscaloosa, and the fact that the signature recipes have not changed since 1958.

“We are still cooking ribs and the same sauce ‘Big Daddy’ (John Bishop) made in 1958,” Drexler said. “Our recipes have not changed a bit, and we don’t plan on changing them. Chances are if you came to eat at the original location when it first opened, you are getting the same stuff you ate then that you are eating now. Our menu has changed very little over the years. For the longest time the servers had on the back of their shirts ‘no beans, no slaw, don’t ask.’ The menu was a half-slab, a full-slab, or a rib sandwich, which was four rib-bones and two slices of white bread. We have since added pulled pork, pulled chicken, fries, different side options, salads, and we have expanded to cater from 10 to 10,000.”

Bishop said God told him in a dream to build a cafe, where he built the first location about two miles from the intersection of U.S. 82 and Interstate 59, just south of Tuscaloosa.

Drexler said Dreamland’s ribs are not “fall off the rib” style, but describes them as thicker and the type people can “sink their teeth into.”

“We serve our ribs alongside white bread and signature sauce,” Drexler said. “A lot of people that first visit Dreamland think it is strange that you get slices of white bread, but the white bread is crucial for dipping up the sauce. That is exactly how Big Daddy served it when he opened his restaurant.”

Employees at the Inverness location are currently undergoing training in anticipation for the restaurant’s opening, which is expected to be sometime this spring.

Drexler said there will first be a “soft opening” for the staff to get acclimated, and then there will be a grand opening.

Customers can keep up with the restaurant’s progress and an official opening date on Facebook by visiting “Dreamland BBQ (Inverness).”

The new location will be located at 101 Inverness Corners.

Asbury UMC to present ‘A Night at the Opry’