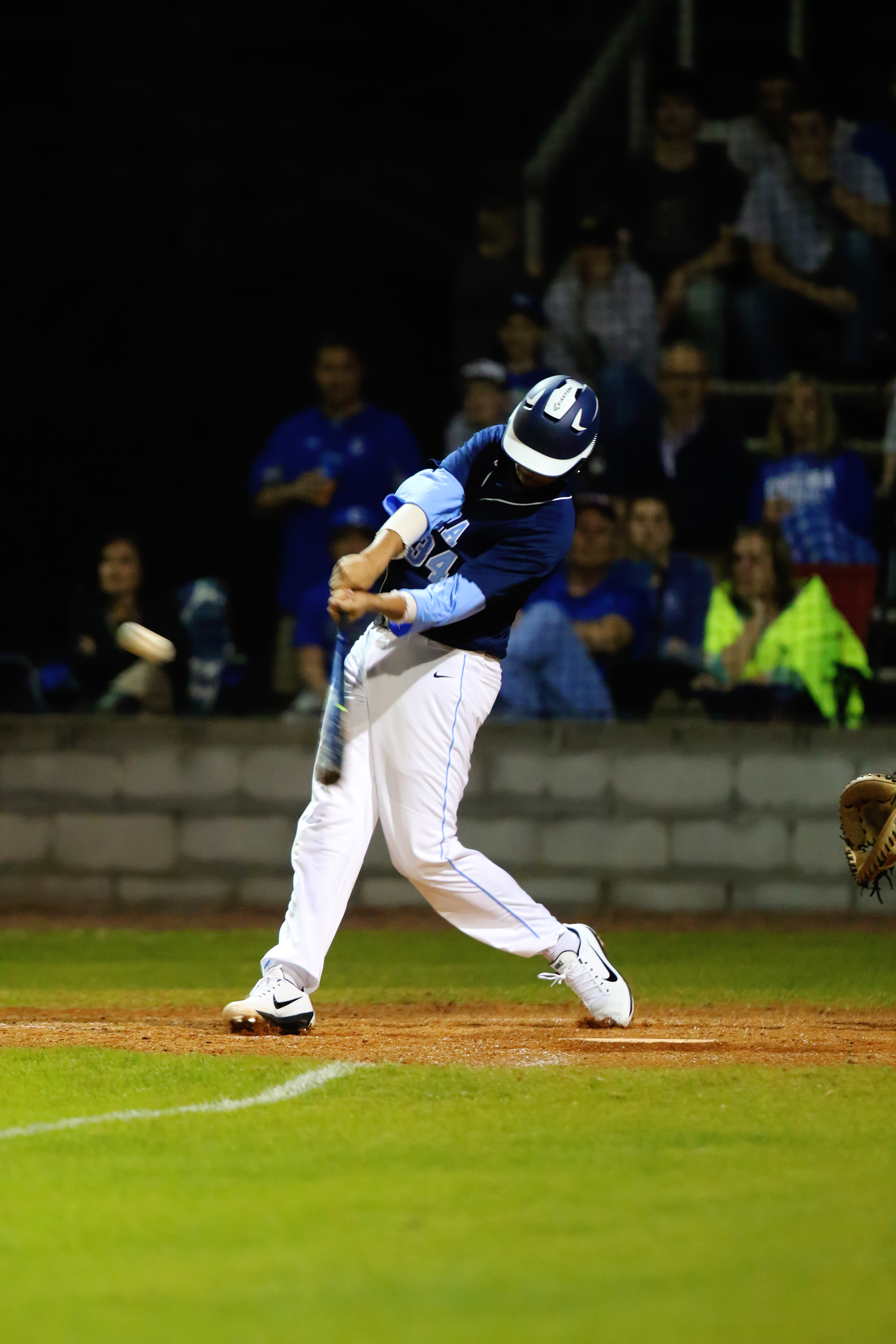 Jacob Smith, pictured batting, threw another gem on the mound in a matchup with Park Crossing on Monday, March 6. Less than a week after throwing a no-hitter, he pitched a complete game shutout. (For the Reporter/Cari Dean).

CALERA – The Calera Eagles’ pitching staff continued turning heads on Monday, March 6, in a 1-0 home win over Park Crossing. Less than a week after pitching his first no-hitter of the 2017 season, Jacob Smith returned to the mound and picked up his first complete game shutout of the year.

Smith threw 98 pitches during the seven inning span striking out 13, walking just three and allowing one base hit on the night. A combined effort this year has contributed to the Eagles to dominating on the mound allowing more than two runs a mere two times in their seven games so far as they’ve held three teams to one run or less, and now have one shutout on their resume.

The first six and a half innings were a dud offensively as the two teams only combined for nine baserunners on just one hit. Calera didn’t get their first baserunner of the game until the bottom of the fourth inning when Will Glasscock singled to right field. After he moved over to second on a sacrifice bunt from Austin McKinney, the Eagles ended the inning with three straight strikeouts to leave two runners stranded.

Finally, in the bottom of the sixth inning, after Smith struck out the side in the top half, Calera threatened and scored. Christian Hall led off the inning with a double on a line drive to left field after getting in a 1-2 hole to immediately put someone in scoring position.

Tyler O’Clair followed with a single on the first pitch he saw to drive in the Eagles’ first and only run of the game. A sac bunt and a walk over the next two at bats set up runners at first and second with just one out in the inning.

Kevin Dowdell came to the plate next and grounded into a fielder’s choice at third base keeping runners at first and second. Quin Darius battled in a five-pitch at bat, but ended up grounding out to end the threat, but Calera had grabbed a 1-0 lead with just one inning left to play.

Park Crossing wasn’t ready to quit, however, as they came to the plate and put up a fight in the top of the seventh. Tucker Neven led things off with a single on a hard ground ball to right field to end Smith’s no-hit bid in the final inning of the game.

Smith, possibly a little rattled, hit the next batter to put two on with no outs. A sacrifice bunt by Kameron Wright moved both runners into scoring position, and a walk to Jonathan McKitt in the next at bat had the bases loaded with just one out in the inning.

Jackson Ceman stepped to the plate next and wasted no time going after the first pitch as the Thunderbirds attempted a suicide squeeze. Ceman popped up to catcher Chris McGibboney on the bunt attempt who fired to third base to record the third and final out as the runner had stolen as part of squeeze attempt and not tagged up.

At the plate, Glasscock, Hall and O’Clair picked up Calera’s only hits of the game. O’Clair’s single drove in the only RBI of the game in the Eagles’ 1-0 win. They now sit at 5-2 on the season.