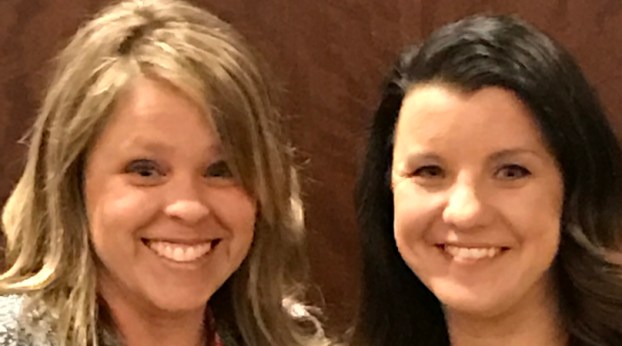 MONTGOMERY- Thompson Sixth Grade Center special education teacher Amy Hendrix was recognized at the 2017 Alabama disABILITY Conference on in Montgomery on Tuesday, Feb. 28. Hendrix received the Exemplary Educator Award after she was nominated for it by parent Erika Zoebelein.

Hendrix said she was initially shocked when she received the award, and feels incredibly honored.

“There are a million other educators out there who are better and who have been doing this for a lot longer than I have,” Hendrix said.

Hendrix currently teaches a class of six students, and covers all of their required subjects. She said she cares deeply about each of her kids, and always wants to do the best she can for them.

“I want to make sure these babies not only succeed academically, but also that they succeed in life,” Hendrix said. “If these kids feel comfortable, loved and safe here, then I have done my job. You always hear about how educators change the lives of the kids, but if anything, these kids have changed me. They have made me a better person.”

Hendrix said the award is a serves as an encouragement, and is just a small added bonus to working at a job that she loves.

“It’s always great to hear that you’re doing a good job. It’s a motivator to continue to do what I do,” Hendrix said. “I love what I do. I’m not doing this for praise or any awards. I don’t do it for the paycheck. I’m doing this because this is where the Lord has called me.”

ALABASTER- Meadow View Elementary School students kicked off their participation in the 2017 Warrior Run at a pep rally in... read more