ALABASTER- Local author Phil Fishman released his third and most recent novel, “Secession: A Republic Reborn,” on Tuesday, March 1. According to Fishman, the book is set several decades in the future and covers a scenario in which the southern states secede from the U.S. 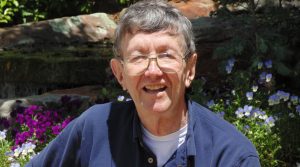 “It’s a futuristic novel, but if you’re familiar with history, it’s for you. Most of the action is set in the year 2042. The reason the states secede is because of the results of the midterm elections at that time,” Fishman said. “It’s a projection of what’s coming if things don’t change right now.”

Fishman said he was inspired to write “Secession: A Republic Reborn” because of his interests in history and politics.

“I’m a Civil War buff, and I was originally going to write another novel about the Civil War,” Fishman said. “I wanted to write an alternative history about the South being able to secede peacefully.”

According to Fishman, the book was partially co-authored by Don King, who passed away before it was completed.

“Don was a great guy, and he passed away too soon. I put it out on Facebook that I was looking for a co-author. I got about four responses, and I narrowed it down to him,” Fishman said. “He told me that he had a congenital heart condition, and I said ‘Don, it doesn’t matter, you’re my guy!’ He contributed about ten thousand words to the book.”

Fishman said he plans to donate 20 percent of the book’s proceeds for King’s son’s education.

“I told Don that this book was going to be his child’s ticket to a good education,” Fishman said. “I’m going to come through with that.”

Fishman previously released two books, “Teacher’s Gotta Dance,” and “A Really Inconvenient Truth: A Case Against the Theory of Anthropogenic Global Warming,” both of which are in circulation at several libraries in Shelby County.

“Secession: A Republic Reborn” is currently available on Createspace.com.