When Alabaster resident Andrew Stanley decided to pursue a law degree while working full-time in law enforcement, he wanted to not only succeed but excel. 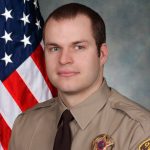 “I have always loved learning, but I did not merely want to get a piece of paper saying I completed coursework, I wanted to really learn so that I could apply what I was learning to my everyday life,” Stanley, 31, said. “I did not want to survive, I wanted to thrive.”

Stanley enrolled in online law courses through the Concord Law School at Kaplan University, and was part of a graduating class in February where 100 graduates were honored.

Stanley is currently employed by the Shelby County Sheriff’s Office where he works many cases often involving financial crimes, and he also works many major crimes with Shelby County District Attorney’s office.

“I got my undergraduate degree from Troy so I had some experience with online classes,” Stanley said. “I really like the ability to go at my own pace, and work faster. I originally looked at going to the Birmingham School of Law, but found out that Kaplan University is regionally accredited, so it carries a little more weight nationwide. Online courses are definitely not for everyone, but I really enjoyed it.”

Stanley completed the four-year program in three years, and credits his ability to stay ahead to focusing on time management.

“When I started this whole venture I told the admissions adviser that my goal was to not just finish, but finish first,” Stanley said. “I am extremely competitive. I care a lot about what my grades are, and I really wanted to do well.”