COLUMBIANA–A 33-year-old Helena man is being held in the Shelby County Jail after he was charged with disorderly conduct and allegedly resisted arrest after assaulting two police officers from the Calera Police Department. 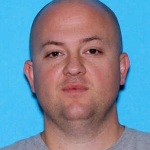 The Calera Police Department arrested Jonathan David Carden, who lists an address in the 1200 block of Wilkerson Circle in Helena, on March 9 and charged him with two counts of aggravated assault of a police officer, disorderly conduct and resisting arrest.

According to his arrest warrants, Carden “intentionally engaged in disorderly conduct by engaging in fighting or in violent, tumultuous or threatening behavior in a public place using abusive or obscene language or gestures without lawful authority.”

His arrest warrants also state Carden allegedly “on March 9, committed the crime of second degree assault with intent to cause serious physical injury with the intent to prevent a peace officer from performing a lawful duty.”

Second-degree assault is a Class C felony and is punishable by up to 10 years in prison for each count if convicted, according to Alabama law.