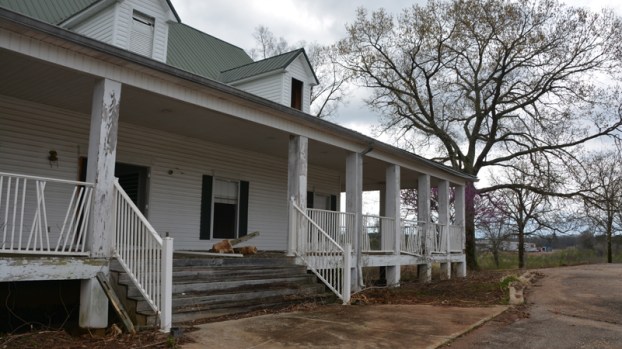 The Harpersville golf course property formerly known as The Meadows has been closed since 2008 but has been leased with plans for re-opening. (REPORTER PHOTOS/STEPHEN DAWKINS) 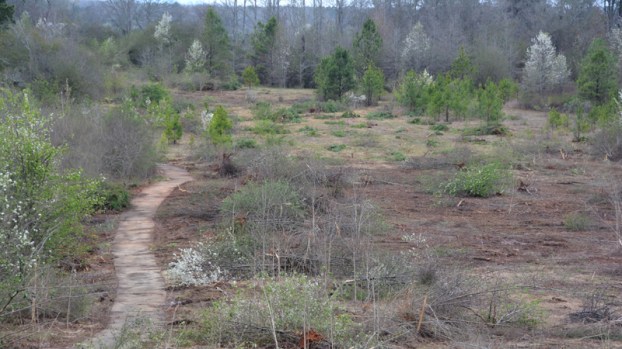 Weeds and trees have taken over what used to be fairways and greens, with the cart path still visible in some areas.

HARPERSVILLE – A golf course in Harpersville that has sat idle for almost a decade could soon have new life.

The town has leased the 203-acre property formerly known as The Meadows to Cardwell Golf LLC, which has already begun work to reclaim the course from weeds and trees and renovate a vandalized clubhouse.

The Meadows at Harpersville could be open, at least nine of its 18 holes, by fall 2018, according to Anthony Cardwell of Cardwell Golf LLC.

The course closed in 2008 after about eight years of business, and in 2012 the property was donated to the town as a conservation easement.

Cardwell and Harpersville Mayor Don Greene said they think the closure was related more to debt incurred by the course’s previous owner than a lack of profitability.

Though courses around the country have suffered during a downturn in popularity for the sport, Cardwell said he thinks he can implement a successful business model, featuring convenience and a friendly environment—and possibly hosting events such as weddings.

“There are still people who like to play golf,” he said. “I want to be able to charge less than anybody, and with quality,” Cardwell said.

Greene said the abandoned course was a risk for the town, which had to pay for insurance and had no way to maintain the property.

“It was a liability for the town, and we weren’t getting anything,” Greene said.

Cardwell said his experience with golf courses began at age 14, when he worked at Coosa Pines. He has worked at a total of 10 courses, including his current position as managing partner at Roebuck Golf Course.

Cardwell said he thinks he will need to invest about $250,000 into the property to get it open to the public.

Cardwell and his brother-in-law, Donald Tate, have begun the early stages of work at the course, clearing vegetation that has overtaken what were once fairways and greens.

Trees were sparse in the course’s original incarnation, but Cardwell said some of the growth between holes will be left behind, which will effectively cut down on maintenance costs.

A contractor will be brought in to determine what renovations are needed at the clubhouse, and Cardwell said he plans for the building to house a pro shop on the bottom level and space for events on the top level.

Many parts of the course’s infrastructure, including cart paths, are in “wonderful” shape, Cardwell said.

Cardwell said he thinks The Meadows at Harpersville is in an advantageous location because it is the closest course to Birmingham directly off U.S. 280.

Also, several other courses in the area that previously competed with The Meadows have since closed.

Greene said he is optimistic that a re-opened The Meadows at Harpersville will benefit the town and its businesses.

“When it was open, people would stop at Jack’s and Huddle House, and they’ll also be buying gas here,” Greene said. “It brings people to town that wouldn’t otherwise come.”