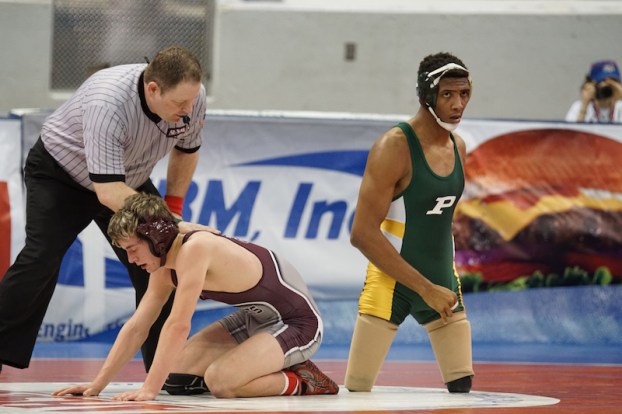 Former Pelham wrestler Hasaan Hawthorne was selected as the Section 3 recipient of the 2017 “National High School Spirit of Sport Award” by the NFHS. (File)

INDIANAPOLIS, IN — Hasaan Hawthorne, a former wrestler at Pelham High School, has been selected as the 2017 Section 3 recipient of the “National High School Spirit of Sport Award” by the National Federation of State High School Associations (NFHS).

The National High School Spirit of Sport Award was created by the NFHS to recognize those individuals who exemplify the ideals of the spirit of sport that represent the core mission of education-based athletics.

A standout wrestler at Pelham High School, Hawthorne now attends North Idaho College in Coeur d’Alene, Idaho, where he is a scholarship wrestler.

While Hawthorne’s accomplishments would be remarkable under any circumstances, they move into the realm of being truly extraordinary when one considers the fact that he had both legs amputated at the knee at age four months. Still, he had a dream of becoming an elite wrestler and he didn’t let anything stand in his way.

Hawthorne began his wrestling career as a seventh-grader at which time he compiled a rather pedestrian win-loss record of 12-22. This motivated him to become more determined to work harder at improving both in and out of the season.

Hawthorne’s efforts paid off handsomely during his final three high school varsity seasons. As a sophomore, he was a state meet qualifier. The following year, he placed third in the 2015 Alabama High School Athletic Association (AHSAA) Class 6A state tournament 145-pound weight class.

However, Hawthorne saved his best for last during his senior year in 2016, as he rolled to an unblemished 38-0 record and to the AHSAA Class 6A state championship. For his efforts, he was selected the AHSAA Class 6A Most Valuable Wrestler.

In addition to wrestling, Hawthorne participated in track, baseball and football.

In 2016, Hawthorne was the Bryant-Jordan Foundation Class 6A Student-Athlete Achievement Award recipient – which is an award given annually in each of the AHSAA’s seven enrollment classifications for senior students who have overcome great obstacles to become outstanding student-athletes.

Nominations for this award were generated through NFHS member state associations and reviewed by the NFHS Spirit of Sport Award Selection Committee composed of state association staff members.

While the national winner will be recognized June 29 at the NFHS Summer Meeting in Providence, Rhode Island, the section winners will be recognized within their respective states and will receive awards before the end of the current school year.