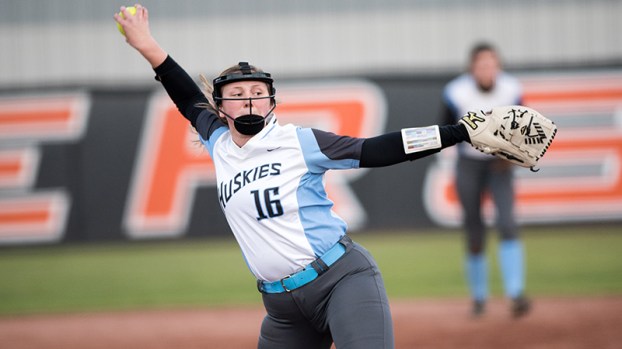 The Helena Huskies softball team continues to battle non-area opponents in preparation for games against Pelham and Chelsea in the coming weeks where each contest will have significant meaning for postseason play.

On March 4 and March 9, Helena took on Spain Park and Hueytown where they looked to gain momentum and find out more about their team before area play begins.

Lets take a look at how the Huskies did against these opponents.

A competitive game in a close contest between two county opponents would be the best way to describe Spain Park’s 2-1 narrow win over Helena on March 4.

A game that had no impact on area standings but will more than likely prepare teams for area play ended with both teams having just two hits apiece.

Helena got on the scoreboard first in the bottom of the second inning after Mackenzie Wilson scored on a Spain Park wild pitch to take a 1-0 lead.

Spain Park would quickly regain the lead in the top of the third inning after two Jaguar base runners would score on a Huskies error after a ground ball to take a 2-1 lead.

Spain Park would go on to win 2-1 after taking advantage of three Helena errors in the game.

The Helena bats came alive in a midweek contest against Hueytown on March 9, in an 11-2 dominating win.

The Huskies scored multiple runs in all but two innings and collected 12 hits as a team in the victory.

Hueytown jumped on Helena early to take a 2-0 lead in the top of the first inning after Haley Postell and Mackenzie Kirby both singled in the inning to drive in runs.

The lead was short lived for Hueytown as Helena tied the game in the bottom of the first inning after Tamar Watts scored on a wild pitch and Grace Robertson hit a sacrifice fly to score Mekhi Mayfield.

Helena grabbed the lead in the next inning as Robertson singled to left field to score Chaney Handley. Katie Lively then hit a ground ball to score both Mayfield and Robertson as the Huskies took a 5-2 lead.

Helena scored three runs apiece in both the fourth and fifth innings to win 11-2.

After giving up two early runs, Helena starting pitcher Avery Barnett settled in and pitched a complete game. Barnett struck out nine and walked none as Hueytown scattered seven hits.

At the plate, Robertson went 3-3 in the game and finished with six RBIs to lead Helena. Mayfield also drove in four runs on two hits.

By GRAHAM BROOKS / Staff Writer CHELSEA–Both the Helena and Chelsea boys soccer teams wanted to get off to a... read more