There is an old adage regarding education that goes something like “those who can, do; those who can’t, teach.” But, as a former teacher and administrator, I strongly disagree.

In fact, in the world of Career and Technical Education, teachers can and have done amazing things in industry before entering a classroom. That is what gives them the necessary background experience needed to prepare students for the future. 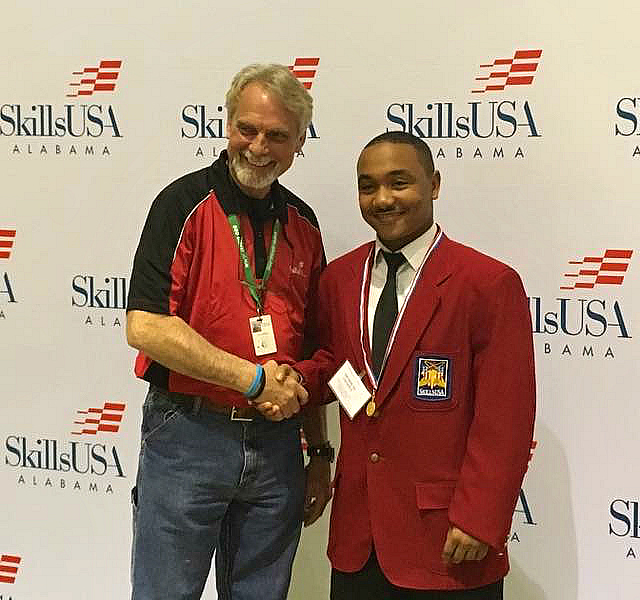 This week, I want to introduce you to someone who brings a wealth of energy and expertise into his classroom at Shelby County Schools’ College and Career Center.  He is literally helping kids build their futures. (By the way, a word to the wise, don’t ever mention that “those who can’t, teach” thing to a teacher. Not a popular thing to say.)

Van White has not always been a high school educator. However, his tenure as the Construction Technology teacher is just the latest chapter in the pursuit of his passion for woodworking, carpentry, historic preservation and building.

He feels it is the most important chapter, too, because he is getting to pass this passion on to those who enroll in his program. He also finds that, in teaching his technical skills to students, he has developed a passion for making a difference in their lives. Not a bad day’s work for anyone.

So, what journey prepared Mr. White for today? What proves that he has a “can-do” spirit? How about years of work in preserving antique buildings in Alabama, Mississippi and Florida?

He explains, “As owner of my business, A Southern Restoration Company, I honed skills I first learned from my grandfather – my father’s father.”

Years before HGTV and today’s emphasis on reuse, repurpose and sustainability, Van saved historic buildings for future use and enjoyment. If you want to see some of Van’s work yourself, visit the site of Alabama’s first permanent capital in Dallas County.

The church, originally built at Cahawba in 1854, was moved to Martin’s Station in 1878. It had fallen into disrepair and was in danger of collapse and ruin before their intervention.

Van also worked extensively with other county historical societies to save pieces of architectural art using skills in carpentry, plastering and wood carving that have all but become lost in today’s automated society. As one of the first members of Alabama’s Trust for Historic Preservation, he proved to be a strong asset in saving history around the state.

In fact, as a result of these efforts and because of his skills attainment, he has been named a Master Carpenter by the state of Alabama.

So, after all of this achievement, what did this Master Carpenter do? He chose to enter the Construction Technology classroom. And now, Van White teaches others to do what he can.