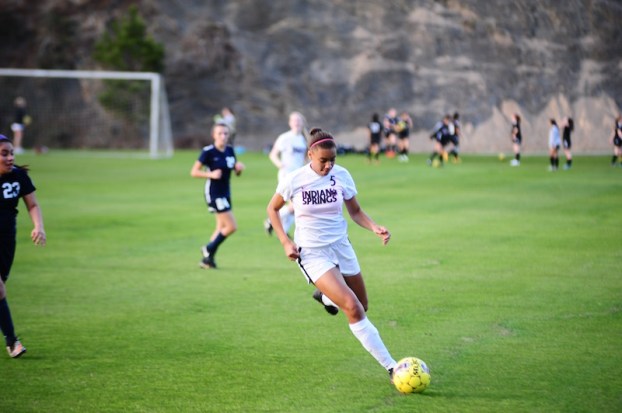 Shelby County had 15 teams find themselves in the top 10 of the latest eurosportsscoreboard.com rankings. (Reporter photo/Alec Etheredge)

We’re back up to 15. A week after the number of county teams trimmed down from 15 to 14, it went right back up to 15 in the blink of an eye thanks to the Indian Springs girls’ team jumping inside the top 10.

A total of six schools have both their boys and girls teams firmly inside the top 10 of the latest eurosportscoreboard.com coaches poll rankings.

There were some changes, starting at the top in 7A, where both Oak Mountain teams have sat atop the rankings for two consecutive weeks. That changed this week, however. While the boys (7-2-2, 2-0) still hold the No. 1 spot in a very competitive 7A division, the girls (8-2-1, 1-0) fell from coveted position down to No. 3.

Since the last top 10, the Eagle boys have beaten to top 10 teams in Spain Park and Thompson, but fell 3-0 to a national powerhouse in Parkview High School out of Georgia. The girls fortune hasn’t been as good due to some tough games. While they did pickup an impressive win over a top 10 team in Thompson, they have fallen to new No. 1 Vestavia and, just like the boys, to Parkview. The boys sit at 2-0 in area play, while the girls hold a 1-0 area record, which is all that matters as they look for a state championship.

Both Thompson teams have had an impressive run to start the season as well, which led to the girls grabbing their highest ranking of 2017 at No. 4. The Lady Warriors are 10-3-2 overall and 1-0 in area play. Two of their three losses are to top 10 teams.

The girls have been one of the better teams in the state and currently sit at No. 5 in the rankings. With an overall record of 7-1-1 they could honestly be ranked higher. The Jags have won five straight since their 3-1 loss to No. 2 McGill-Toolen.

After becoming the No. 1 6A team last week, the Pelham Panthers’ boys held steady atop the rankings this week. They beat Helena 2-1 on March 10 to pick up a big area win in a three-team area and have an overall record of 8-2-1.

Chelsea’s girls (5-2-2, 1-0) find themselves in the highest spot they have seen this season at No. 3 after winning four straight, their latest of which was a 9-0 win over area foe Pelham. The Hornets haven’t lost since Feb. 21 and have won five games and tied once in their last six.

Helena’s boys also grabbed a spot inside the 6A top 10 as they were ranked No. 9. The Huskies have won three of four with their only loss in that stretch coming to No. 1 Pelham 2-1.

Briarwood’s boys team (5-3-2, 2-0) is No. 7, but is poised to move up thanks to a recent hot streak. The Lions have won four of five with their only non-win during that stretch being a 2-2 tie with Sylacauga.

Finally, in what might be the toughest division, the county saw four teams ranked in the 1A-3A classification. Westminster’s boys (9-1-1, 1- 0) held steady at No. 1 for the second consecutive week. They have now won six of seven with a 1-1 tie against Hewitt-Trussville most recently.

Westminster’s girls jumped into the rankings for the first time grabbing the No. 8 spot. They started the season 5-0 before falling to Hewitt-Trussville 3-0 on March 7.

By ALEC ETHEREDGE | Sports Editor Soccer tends to be one of the strongest sports in Shelby County and with... read more