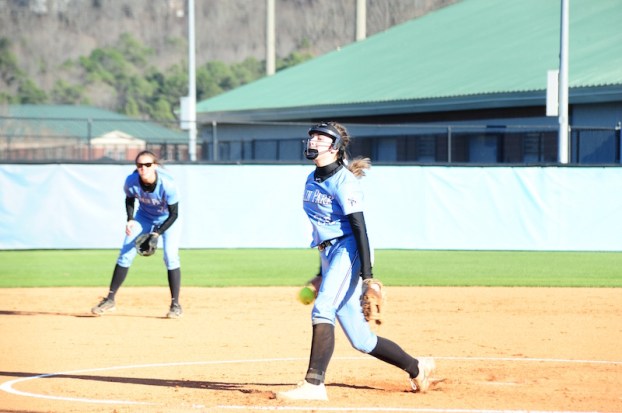 Annabelle Widra has been a big reason for Spain Park's success thanks to her great command and strong arm in the circle. (Reporter photo/Alec Etheredge)

Chelsea and Spain Park came into the 2017 softball season with different mindsets. While both are considered favorites in their respective classification to win the state championship, only one did so last year.

This year each of the two came in with different goals. Chelsea brings in a load of momentum as they look to defend their state title, while Spain Park looks for a chance to get back to the elusive state championship game to redeem last year’s heartbreak.

Despite the difference in motivation, both have started the season with sensational effort earning national recognition. The two teams have found themselves ranked nationally in the MaxPreps Xcellent 25 National High School Softball Rankings.

It marked the second consecutive week the Jaguars earned a spot as they came in at No. 9 in the initial rankings and have since moved up four spots to No. 5. Spain Park has been sending shockwaves across the state with their impressive start having reeled off 15 consecutive wins to start the season, including a redemption win over No. 13 Sparkman and a Jag Classic tournament win for the first time in the tournament’s 10-year history.

It’s no coincidence the team is seeing this much success in head coach CJ Hawkins’ 10th year at the helm. She has this experienced team believing they can win every game and finish the season undefeated.

Chelsea’s start has been up to par with that of Spain Park, which eanred them a ranking of 16th. Although they aren’t perfect this season, the pitching of Sarah Cespedes has been phenomenal and the bats have been alive. Right now the Hornets sit at 11-2 overall with their only losses coming to No. 13 Sparkman, 7-0, and Lincoln 3-2. 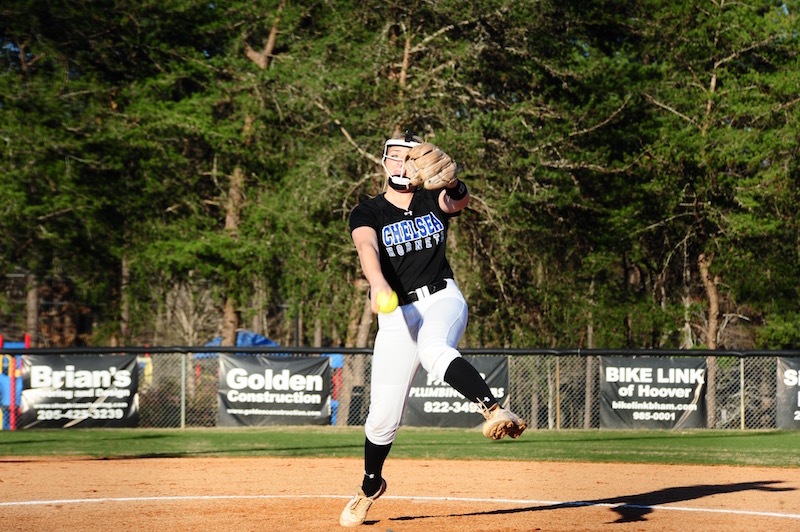 Sarah Cespedes is following up a stellar 2016 season by dominating opponents early in the 2017 season. She has helped the Hornets achieve a national ranking of No. 16 (Reporter photo/Alec Etheredge)

So far this season, the Hornets have outscored opponents 64-10 and have given up two or more runs on just three different occasions.

At this point in the season, it’s safe to say that both Chelsea and Spain Park are in the driver’s seat of their classifications and the rest of the field is trying to chase them down.