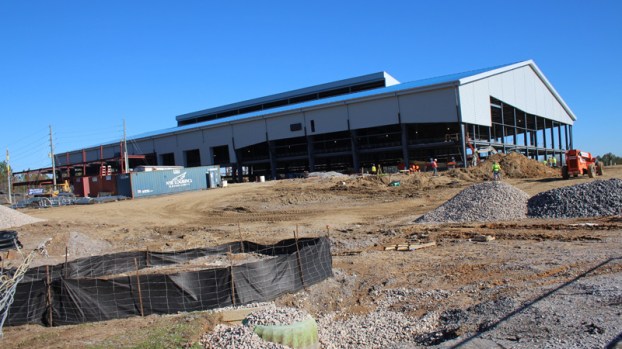 HOOVER – Hoover has cleared a significant hurdle in the process of preparing to open the under-construction Finley Center.

About a week after the issue was raised at a contentious City Council meeting, a compromise has been reached about food and beverage services at the Finley Center and adjacent Hoover Metropolitan Stadium.

Five Star Catering will continue providing services during the annual Southeastern Conference Baseball Tournament at the Met for the next three years, while Turner Food Systems LLC will handle the Finley Center and other events, according to City Council President Gene Smith.

The only possible exception is Hoover High School football games played at the Met, when band boosters usually sell concessions to raise money for the band program.

Sports Facilities Management contracted with the city to manage the Hoover Met Complex, which includes both the Met and Finley Center.

At a council meeting on March 6, General Manager Monty Jones with SFM reported that, after bids were received and assessed, Turner Food Systems would be the sole food service provider at the complex, including the SEC tournament.

Council members questioned Jones about Turner’s level of service, including the company’s experience with large events, quality of food and price—but ultimately the decision about the food service provider fell under SFM’s responsibilities and approval was not required from the council.

At the same meeting, Gene Hallman of Five Star Catering expressed displeasure about the decision, including what he described as an unfair bid process and previous agreements that ensured Five Star’s right to provide services during the baseball tournament.

Smith asked Jones to delay contacting Turner Food Systems so that city officials could determine whether Hoover had any legal obligation to Five Star Catering.

The compromise was reached in the ensuing days.

“It’s a win for all parties involved,” Smith said. “It’s going to show that the city and SFM are willing to work to make sure the SEC has the best show we can put together.”

The Finley Center will be integral to part of that show during the SEC baseball tournament. The 2017 tournament will be held May 23-28.

Smith said the idea is for the Finley Center to house activities similar to those at the popular SEC football championship FanFare, which include pep rallies and celebrity appearances.

“We want to have as good a fan experience in the Finley Center as possible,” Smith said. “We may make some mistakes this first year, but we’ll learn from it and next year we’ll have an even better one than the year before.”