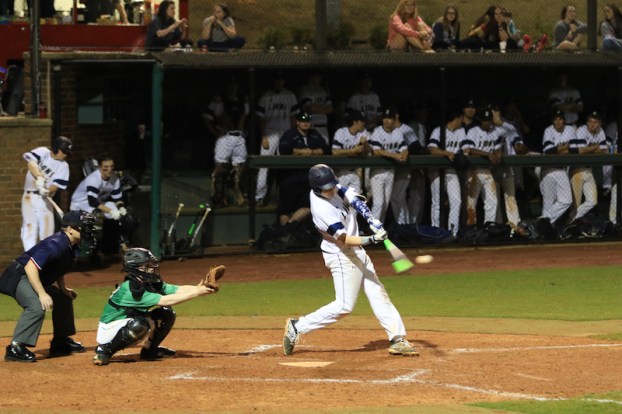 Briarwood was the highest ranked baseball team in the county as they came in at No. 1 in Class 5A. (For the Reporter/Dawn Harrison)

Spring sports are in full swing, no pun intended, and with it comes the first ASWA baseball rankings of the 2017 season. Several teams are looking to rebound from down seasons last year or deep runs in the playoffs that ended in heartbreak, and it has clearly shown early in the year.

Five teams from across Shelby County found themselves ranked in the top 10, while another four were nominated for positions and are on the cusp of breaking through.

Much has been made about Briarwood looking for redemption during their 2017 campaign after they failed to make it out of the first round of the playoffs in 2016 for the first time under head coach Steve Renfroe.

This year it’s evident they have one thing on their mind, a championship, and it has shown early in the season. The Lions have been the best team in the county and possibly the best in the state and because of it they have been named the No. 1 5A team in the state highlighting the rankings for Shelby County.

In their first six games of the season, the Lions scored 91 runs and in their past six have put up 40 more for a total of 131 runs through 12 games, which is an average of 10.9 per game. Their offense has been potent enough to cause all sorts of problems for other teams and has led them to wins over several top 10 teams and an 11-1 start to the season.

Sticking in 5A, but switching gears, the Calera Eagles have also started the season on a tear. Unlike Briarwood, who has done it with their bats, the Eagles have used one of the strongest pitching staffs in the state to keep batters chasing thanks to Alabama signee Kevin Dowdell and Vanderbilt signee Jacob Smith; both of whom have already registered no-hitters.

The Eagles have only given up more than three runs twice this season and have registered four shutouts in their 11 games, leading to an 8-3 overall record.

Moving up a classification to 6A, which had the second strongest top 10 presence in the county, Chelsea and Helena were both considered worthy enough of a spot.

The Huskies took a page out of both Briarwood’s and Calera’s book as they have combined to have outstanding pitching and hitting. Their extreme balance has led to a 10-3 overall record and the No. 4 spot in Class 6A. Defensively they have given up three runs or less in 10 of their 13 games, including seven with one run or less. On the offensive side they have scored five or more runs in eight of those 13.

Another impressive feat for the Huskies is two wins over 7A No. 6 Hoover, one coming in a 4-2 win in their opener and the other coming in their most recent game on March 16, 11-1.

Chelsea is one of those teams that could be in the top five and honestly competing for the top spot, but instead sit at No. 9 in 6A. The reason, quite simply, is 5A No. 1 Briarwood. On March 8 and 9, the Hornets and Lions faced off on back-to-back nights with the Lions taking both by scores of 5-1 and 3-1. Those two losses are the difference between Chelsea being 12-2 and 12-4.

They have since won five straight games and should have plenty of confidence moving forward.

The last of the ranked teams in Shelby County came out of Vincent as the Yellow Jackets picked up the No. 9 spot in the 2A ranks. Vincent is off to a 6-4 start and is another team that has an extremely strong core of arms on the mound, which bodes well for a good season.

There were a few teams very deserving of a spot in the rankings, but instead are on the outside looking in after receiving nominations. The majority of those teams come in 7A as Spain Park, Thompson and Oak Mountain all found themselves just outside of the top 10.

Oak Mountain sits at 9-5, Spain Park at 8-5 and Thompson at 8-7. After watching all of these teams a couple of times this season, they are so much better than their records represent. I fully expect all of them to jump into the top 10 as the season moves along.

At the opposite end of the spectrum in the AISA top 10, Kingwood was on the outside looking in after a strong start to their season. The Lions are currently 10-5 and have one of the best offenses around averaging 7.2 runs per game. In their most recent outing on Tuesday, March 14, they knocked off the No. 5 ranked team, Autauga Academy, 5-3.

By ALEC ETHEREDGE | Sports Editor It’s hard to believe that the 2016-17 basketball season has come to a close... read more