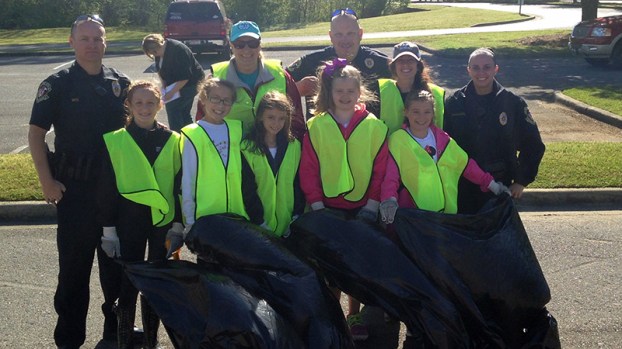 Alabaster residents will have the opportunity to help beautify their city through the city’s Clean Sweep program. (Contributed)

ALABASTER – Alabaster residents will once again have the opportunity to help beautify their city through the city’s Clean Sweep program.

This is the fifth-straight year the program has been held, which allows residents to not only get rid of unwanted items, but to help clean areas throughout the city.

The program began after City Councilwoman Stacy Rakestraw , who serves Ward 3, noticed the amount of litter on the roadways throughout the city, and wanted to create an opportunity for residents to help beautify the area.

“After I got elected and was on the council I had a lot of people come to me with trash on the side of the roads as a major complaint,” Rakestraw said. “I started figuring out things we could do as a city, and we decided to do this initiative. It not only gives people the chance to help clean the city, but also gives people the opportunity to get rid of unwanted items they might have in their homes.”

The Clean Sweep program kicks off on April 8 at Thompson Intermediate School at 10019 Highway 119 where the city will host an electronic recycling day from 8 a.m. until noon.

No televisions will be allowed, and those wishing to have a secure hard drive destruction can do so for $10.

There is also a $10 charge to recycle monitors.

A second event will be held April 22 when the city will host a free paper shredding day, also at Thompson Intermediate School.

Residents will be able to have documents securely shredded, Rakestraw said.

Volunteer litter crews will also be out to help clean the city’s roadways on April 8 and 22.

Those interested in volunteering are asked to contact Rakestraw to be assigned a group, location and time.

Anyone wishing to volunteer is required to sign a city release and liability form prior to volunteering.

Children must be accompanied by an adult for safety reasons.

Thousands of Easter eggs to drop over Alabaster park

By EMILY REED / Special to the Reporter ALABASTER – Roughly 20,000 plastic Easter eggs will descend from a helicopter... read more