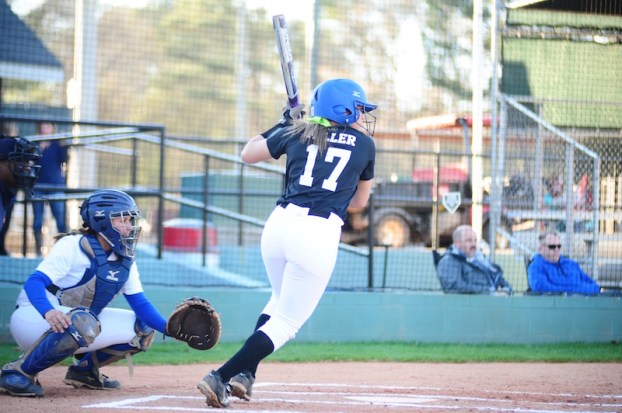 Chelsea and Spain Park both came in as the No. 1 teams in their respective classification. (Reporter photo/Alec Etheredge)

The first ASWA softball rankings of the 2017 season were released late on Wednesday, March 15, and featured four teams from Shelby County in the top 10, including two teams receiving the nod as the No. 1 team in their respective classification.

It has been a strong season for the Spain Park Jaguars and their No. 1 ranking in 7A may have been the easiest decision across all sports this entire 2016-17 season. The Jags are off to the hottest start in program history and look to be unbeatable.

At this point nothing should come as a surprise with this team after starting the season a perfect 15-0 and being ranked fifth nationally, but on Wednesday, March 15, the Jaguars did something to amaze us, yet again. Not only did they pick up their 16th straight win to start the season and their second area win, but they put up 25 runs in two innings to shutout area foe Huffman 25-0.

The Jags are on a redemption path as they look to get back to the state championship game where they lost last year, and right now it appears that anybody in their path is in for destruction.

Another team looking to make a run to the state championship is the Chelsea Hornets who are the reigning 6A state champions. The Hornets are another team that is nationally ranked coming in as the No. 16 team in the country according to MaxPreps, but in the state of Alabama’s 6A classification they are considered to be the No. 1 team.

Chelsea sits at 11-2 on the season with their only losses coming 7-0 to 7A No. 2 Sparkman and 5A No. 5 Lincoln 3-2. With Sarah Cespedes in the circle, the Hornets have given up one run or less in nine of their 13 games.

Jumping back up to the 7A ranks, Oak Mountain and Thompson picked up the last two spots in the classification, giving the county three teams in the top 10.

Oak Mountain came in at No. 9 after playing one of the more difficult schedules on the young season. After starting the season 1-4, they won six straight games to make an appearance in the semifinals of the Jag Classic. They’ve since struggled going 2-5-1 over their last eight games. Still though, when this team is clicking they are tough to beat.

Thompson sits one spot below the Eagles at No. 10 and that is honestly way too low for the Warriors. With an 11-3 overall record they have established a winning trend and pass the eye test with flying colors. Continuing to win will move them up the ranks in a heartbeat.

Helena was the last team to receive any recognition. Although the Huskies haven’t gotten off to the strongest start, but have played a very tough schedule. After starting 4-2, they have lost four of their past five games and sit at 5-6 overall, but picked up a nomination for a spot in the top 10. If they can get on a roll, they will soar up the ranks.

By ALEC ETHEREDGE | Sports Editor Spring sports are in full swing, no pun intended, and with it comes the... read more