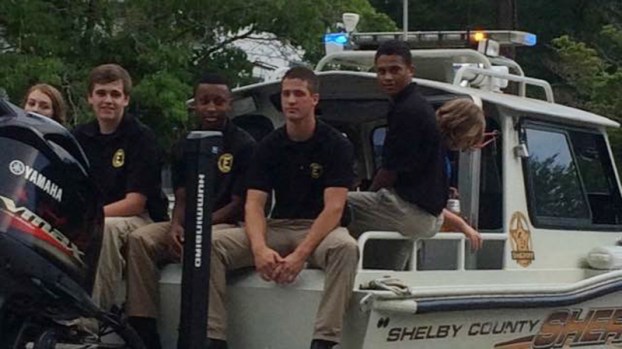 The Shelby County Sheriff’s Office and Alabaster Police Department are currently accepting applications for the Police Explorer program. The program is a joint effort between the two departments for Shelby County residents between the ages of 13 and 21. (Contributed)

“The main purpose of the program is to provide information on the awareness of the criminal justice system,” said APD officer Jamison Lee. “We do different training like traffic stops, a burglary in progress, and those that enroll in the Explorer program get practical experience.”

The program is for any Shelby County resident between the ages of 13 and 21, and helps those interested in learning more about a career in law enforcement.

“We have had people in the program that don’t really have any interest in pursuing a career in law enforcement, but a lot of people will sign up if they plan to pursue a career after they graduate,” Lee said. “It really gets kids involved at an early age, and helps prevent them from getting into a career later in life and realizing it is not really something they want to do.”

The program is open to both males and females with the only two requirements being a 2.5 GPA, and passing a background check.

The program first started through the Shelby County Sheriff’s Office in 2002, and the Alabaster Police Department joined in 2016 to become a joint Post 561.

The group meets in Alabaster every Thursday at 1152 Highway 31 South from 4 p.m. to 7 p.m., and those interested in participating can join at any time, Lee said.

“We believe that if you put in the work, and the time you can eventually have a good job,” Lee said. “It is a good way to see all of the stuff that goes on in law enforcement, and to really network with other officers.”

The program is free, and those that attend for about six months are provided with a uniform as well as training gear.

“We get rid of the concept of ‘I’ and focus on working as a team,” Lee said. “Scholarships are available only to Explorers, and it helps build self-confidence.”

For more information about the program, contact officer Lee at jamison.lee@acsboe.org or 685-4300, or Sgt. Kevin Brand at kbrand@shelbyso.com or 670-6180.

CHELSEA- Chelsea resident Tony Nivens is currently in the process of forming the Chelsea Historical Society. According to Nivens, the... read more