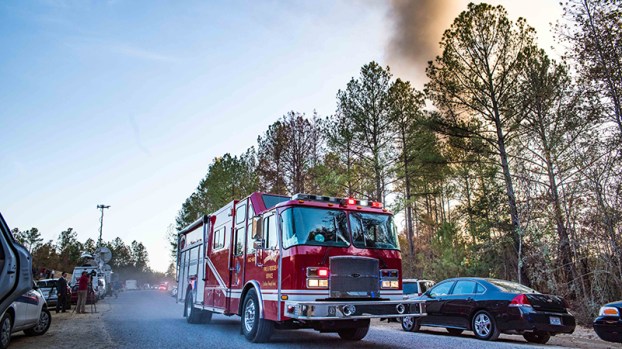 Shelby County was awarded the Response Program of the Year by the Alabama Association of Emergency Managers for responding to the pipeline emergency that occurred near Helena last year. (File)

Shelby County among those awarded for excellence in emergency management

PRATTVILLE– County and State Emergency Management Agency (EMA) officials met the week of March 13 for the Alabama Association of Emergency Managers (AAEM) annual conference. An awards luncheon was held on Tuesday, March 14, to recognize the individuals and counties who have shown outstanding leadership and dedication to emergency management and Shelby County was one of those awarded.

The awards bestowed were as follows:

The Pat Neuhauser Spirit of EMA Award was given to someone who demonstrates a high level of enthusiasm in promoting emergency management, a willingness to share and serve, is dedicated, faithful and loyal. This is the most prestigious award offered by AAEM. This award was given to Eddie Lary of Tuscaloosa County.

The Preparedness Program of the Year Award recognized a program that has developed a structure in preparing for disasters. They must have developed and exercised a plan, developed a volunteer management program and worked with the community to better prepare for disasters and emergencies. This award was given to Russell County for their project “Storm Safety-What’s Your Plan?”

The Response Program of the Year Award recognized a program that has developed a structure in responding to disasters. This program will have responded to a disaster while displaying an outstanding and timely response to an affected area, citizens and victims. The medium size county awarded was Autauga County for their program “NSIDE/MapsLive,” while the large size county award went to Shelby County for “Pipeline Emergency Response in Shelby County.”

The Mitigation Program of the Year Award acknowledged a program that has focused on long-term strategies to protect lives and reduce the impact of disasters. This award was given to Jefferson County for their project, “Developing a Program – Changing Strategy for Mitigation.”

The Alfred T. Moore Memorial Volunteer Award was given to someone who demonstrates loyalty, a willingness to serve in any emergency and has been serving in a volunteer capacity for at least five years. This year’s award was given to Mike Watkins of Lee County.