PELHAM – A Pelham man was sentenced in February to two years in prison for trafficking LSD after accepting a plea deal from the Shelby County District Attorney’s office, according to court documents. 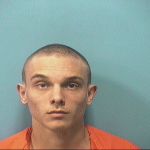 According to court documents, Kyle Madison Strother, 22, who lists an address on Huntley Apartment Drive, was originally charged with a trafficking LSD, a Class A felony, but pleaded guilty to unlawful distribution of a controlled substance, a Class B felony that carries a maximum sentence of 20 years in prison and up to a $30,000 fine.

In addition to serving two years in jail, Strother will also have to pay $2,281 in restitution.

PELHAM – More than two dozen 3- and 4-year-old students gathered around the flagpole at School for Amazing Kids to... read more