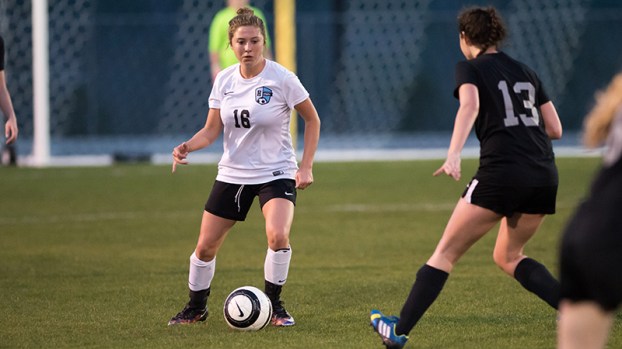 Helena senior Juli Tatum (16) recorded the Huskies final goal on a penalty kick in a 4-1 win over Pelham on March 16. (File)

In the two team’s first matchup of the season, it was Helena that jumped on the Panthers early and never looked back in a decisive win.

The Huskies scored four first half goals to take a comfortable 4-0 lead at halftime, which was too much to overcome for Pelham.

Davis did not stop there, as she recorded Helena’s second goal of the game off an assist from Taelor Watts.

Up 2-0, Watts was credited with another assist as Boatman recorded a goal to extend Helena’s lead to 3-0.

The fourth and final goal for Helena came on a penalty kick by senior Juli Tatum.

Helena goalie Kimiko Robinson was credited with three saves out of Pelham’s four shots on goal. Alexis Gardner also recorded a save.

With the win, Helena moved to 1-0 in area play while Pelham dropped to 0-2.

The two teams will meet again at Pelham on Tuesday, April 11.