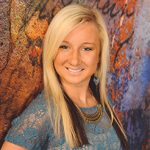 Rodrigus Lee Pearson, 31, pleaded guilty before U.S. District Court Judge Madeline H. Haikala to the charge of illegally distributing fentanyl, resulting in a death in January 2016 in Jefferson County, according to a news release from the Department of Justice.

Pearson also pleaded guilty to distributing heroin on Feb. 8, 2016, distributing fentanyl on Feb. 23, 2016, possessing with intent to distribute heroin, cocaine and crack cocaine on March 30, 2016, and being a felon illegally possessing a gun, a .40-caliber pistol, on March 30, 2016. Pearson’s previous conviction was in Jefferson County Circuit Court in September 2014 for unlawful possession of a controlled substance.

Ashlynn Bailey, the woman who died after purchasing fentanyl from Pearson, was a former University of Alabama student. Police found her in a house on Jefferson Avenue in Birmingham on Jan. 30, 2016, after responding to a call of a suspected drug overdose death. Witnesses in the case stated that Bailey had been purchasing heroin from Pearson and that he likely substituted the fentanyl, which was found in her system, for heroin.

According to Pearson’s plea, a taxi driver called Birmingham Police after finding Bailey unresponsive at the house. The taxi driver had left her there the night before and returned to pick her up the next morning to take her to a business on U.S. 280 in Birmingham where Bailey said she worked and could get cash to pay cab fare she owed.

Bailey had borrowed the taxi driver’s cell phone and placed calls the night before. Police later determined that one of the two numbers she called was to a phone Pearson used for drug transactions.

Pearson entered a binding plea agreement with the government that stipulated a 20-year sentence for the crime of distributing an opioid drug that resulted in a death. The possible statutory sentence for that crime is 20 years to life in prison. Twenty years in prison is the maximum penalty for the heroin and fentanyl distribution charges, and 10 years is the maximum prison sentence for being a felon in possession of a firearm. Pearson’s sentencing is scheduled July 12.

“Fentanyl kills in tiny doses – a few salt-sized grains. Most fentanyl on the streets is being made illegally in drug-dealer labs, and here and across the country overdose deaths soar as dealers add fentanyl to heroin to make it more potent,” Posey said. “In Jefferson County last year, the medical examiner’s office reported 106 overdose deaths caused by fentanyl and 100 by heroin, with 40 of those deaths caused by a combination of the two drugs. The fentanyl deaths more than doubled from 49 in 2015. We are committed to our work with DEA and other law enforcement partners to aggressively prosecute those who traffic these deadly drugs.”

“Fentanyl is 50 to 100 times more powerful than morphine.  Just a small amount, even a few grains, can be fatal. It is important that the public is aware of the danger of this powerful and potentially lethal drug,” Hamilton said. “DEA will continue to investigate and arrest distributors of this poison, especially when the distribution results in death. This conviction should put others who engage in the distribution of this deadly drug on notice: if you engage in this type of activity, you will face federal charges and a lengthy prison sentence.”

The two drug distribution charges Pearson pleaded guilty to resulted from controlled purchases that a DEA confidential source made from Pearson after contacting the drug dealer at the same number that Bailey called from the taxi driver’s phone the night she died. On the first occasion, DEA agents obtained heroin from Pearson. On the second, agents received fentanyl despite having attempted to buy heroin. A third charge of possession with the intent to distribute heroin stems from Pearson being found in possession of heroin, cocaine, crack cocaine and the .40-caliber pistol, as well as other drug paraphernalia, following a traffic stop.

PELHAM – For Pelham High 11th-grader Robert Plummer, riding down the side of a mountain at 15 miles per hour... read more