COLUMBIANA – A 36-year-old Montevallo man with a lengthy criminal history is facing a pair of felony drug charges after law enforcement officers said he allegedly distributed marijuana in Alabaster and Calera. 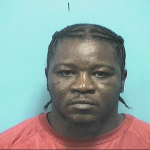 The Shelby County Drug Enforcement Task Force arrested Victor Charles Hudson, who lists an address on Oxford Road in Montevallo, on March 14 and charged him with two felony counts of unlawful distribution of a controlled substance.

The charges are both Class B felonies, and carry sentences of up to 20 years in prison upon conviction.

The charges came after Hudson allegedly distributed marijuana in the 9000 block of Alabama 119 on Dec. 3, 2015, and on Airport Commons Drive in Calera on Jan. 29, 2016, according to his arrest warrants.

He was released from the Shelby County Jail the same day he was arrested after posting bonds totaling $30,000, and is now set to appear in Shelby County District Court for a preliminary hearing on April 5 at 8:30 a.m.

According to court records, Hudson has been charged with several other drug-related crimes in Shelby County over the past several years, including unlawful distribution of a controlled substance in 2005, selling cocaine in 2008 and selling marijuana in 2009.

By NEAL WAGNER / Managing Editor ALABASTER – One of the baseball fields at Alabaster’s Warrior Park will forever memorialize... read more