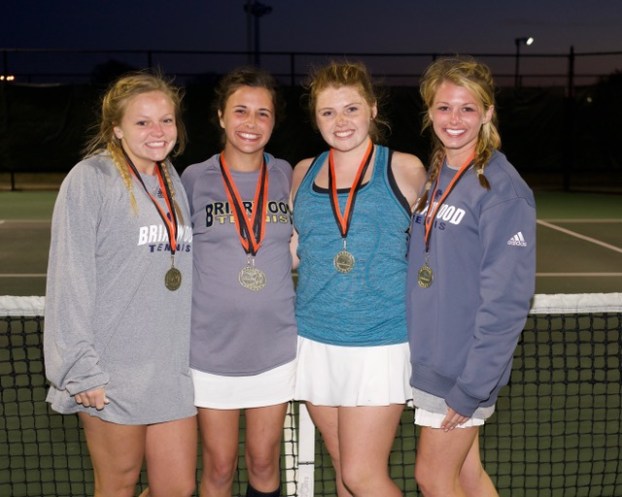 The Briarwood girls tennis team finished second in the tournament, while the boys picked up a first place finish. (Contributed)

Decatur – The Briarwood boys tennis team had one of their most productive efforts in any tournament so far this season by sweeping four of six singles championships and winning a doubles championship as they took home the 2017 Austin Invitational Tournament.

The Austin Invitational is one of the premier tennis tournaments in the south and features some of the best high school tennis teams from across Alabama and Tennessee, making it a big breakthrough performance for the Lions.

“This tournament is the most like the state tournament we can play during the regular season and that’s why we like to play in it,” head coach Jeremy Mears said. “It’s great to play against 13 quality teams and such a well-run tournament that is fun for players and families.”

The Boys were led by Luke and John Wolfe, who captured first and second court singles match wins as well as well as a doubles win together on court one.  Alex Felts also had a nice winning on the fourth court, while Tyler Guerra picked up a win on court five. The strong effort by those players gave the Lions a win by four of their eight varsity players. 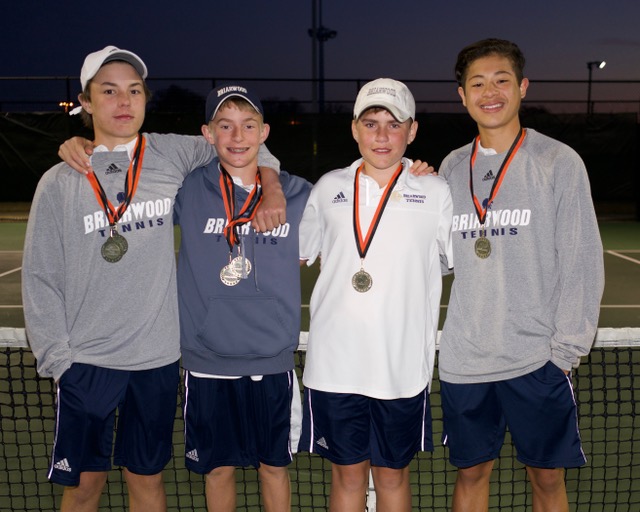 They’re listed tournament before this tournament was 4-1 on the season with wins over Homewood, Corner, Central Tuscaloosa and Sipsey Valley and a tough 5-4 loss to Vestavia. All four of their wins before the Austin Invitational were 9-0 shutouts.

Fresh off winning the Shelby County Championship, the Girls finished second in the tournament behind Decatur.

Going into the tournament, the girls had an overall record of 4-0 according to their website with three 9-0 shutouts over Corner, Central Tuscaloosa and Sipsey Valley and one 6-3 win over Homewood.