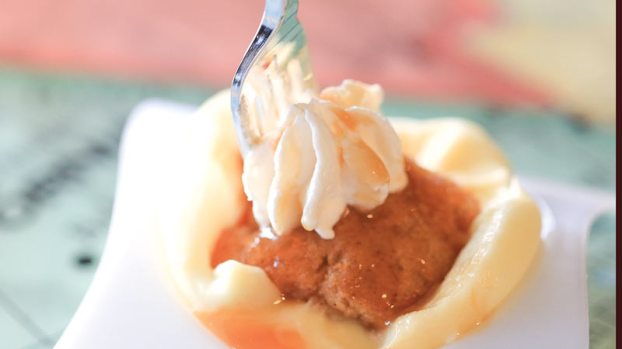 The story of Customs Café starts with coffee and a gift shop.

When Teresa White and her son Craig Casiday added a coffee bar inside their Florence gift shop, Casiday’s Creations, nearly 15 years ago, they simply were trying to please their patrons.

“All our friends and customers said, ‘You should put in a coffee bar,’” White said, “And we did.”

The coffee bar, called “Coffee-ol-ogy,” expanded into the Florence-Lauderdale Public Library as a coffee shop that also sold baked goods and a small line of sandwiches.

Then, White and Casiday were approached about bringing their business to the Hoover Public Library’s Plaza, a new area including a coffee shop, newsstand, bookstore, reading room, meeting areas and reading garden.

“Over the course of two years, we were offered the opportunity to operate Coffee-ol-ogy at the Hoover Library,” White said. “When the Plaza opened, we opened at the same time (in 2009).”

As they handled the two coffee shop locations, Coffee-ol-ogy transitioned to a café-style business. White and Casiday also started to experiment with a travel-related theme.

“We’re an international family,” White said, adding she and Casiday traveled to other states and to Europe, and made a point to dine at local eateries wherever they went. “We had an interest in global cuisine (and were) studying the origins of coffee.”

White had starting holding talks at the library about coffee and its characteristics.

“Then, we became interested in food from around the world,” she said. “We felt that we could serve it.”

They started studying food preparation and presentation in cultures around the world extensively through research, travel and experimentation in the kitchen.

They also have received information from local residents with ties to different countries.

“The international community here is strong,” White said. “We have the common ground, the food. We’ve learned a lot from people native to those countries.”

White and Casiday developed the model for how they wanted to serve different foods from around the world with the help of Virginia Walker, who joined the staff as a chef in late 2009.

Their goal was to offer global cuisine in experiential form; that is, to broaden it to a cultural experience, Casiday said.

In 2010, they selected 24 cuisines to offer in a two-year span. In 2011, they started focusing on one type of cuisine each month to give customers a chance to learn about the cultures behind the foods in greater depth.

Their tagline for Coffee-ol-ogy Café became “sharing the cultural diversity of food,” White said, as they learned the culture, traditions and customs of the people in each region.

In 2012, White and Casiday closed the Florence location of Coffee-ol-ogy. Two years ago, they changed the name of the business to Customs Café.

“It better expressed what we continue to do,” White said.

Book reveals community’s history and development in images Written by Emily Sparacino Photographs by contributed Nothing tells a story quite... read more