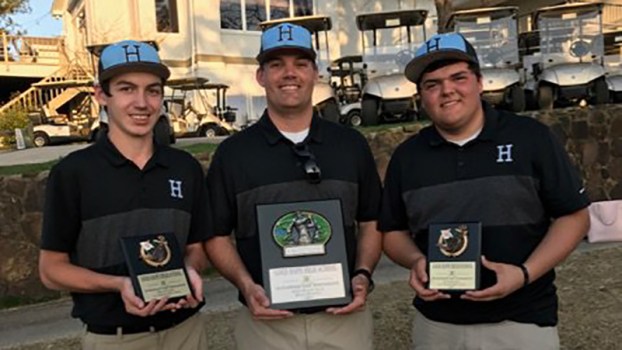 CULLMAN–The Helena Huskies boys golf team competed in the Good Hope Golf Invitational and came away as tournament champions on Monday, March 20, at the Terri Pines Country Club in Cullman.

With the 79, Braddock was awarded the low medalist award for the tournament and Baker’s 80 was good enough to place him on the all-tournament list.

“It was a close win to win by five strokes combining five different kids scores,” Helena head coach Steve Bromley said. “Basically the top two or three guys played really good. Josh Braddock was awarded the low medalist and all-tournament. Brock Baker had to go into a playoff with three other guys to earn all-tournament team and get the recognition. He birdied the first and second par-5 to win the playoff by one stroke.”

The Good Hope Tournament was Helena’s first tournament win of the season as the Huskies team is made up of three sophomores, two juniors and no seniors.