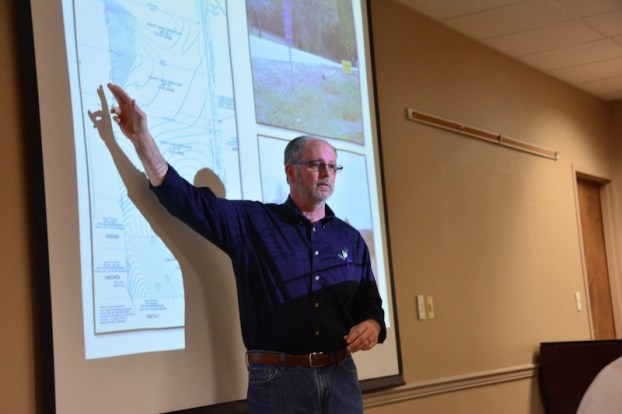 PELHAM – The Shelby County Planning Commission voted to approve a five-lot, single-family rural subdivision to be marketed as residential lots during the commission’s meeting on March 20. The property, which is located at the intersection of Shelby County 22 and Shelby County 107 in an unzoned area of the North Shelby – I-65 Corridor Zoning beat, spans approximately 62 acres and is located in the Coosa River Basin.

“What we’re proposing is five lots, approximately 12.4 acres apiece, with one drive that goes in and dead-ends at the last spot,” Jason Spinks, the project developer, said during the meeting. “The home size will probably be somewhere in the 3,000 square-foot range. It’s going to be a really, really nice development and it’s going to compliment the area. It’s going to probably increase the value of raw acreage in the area.”

“We’re basically wondering who lays out what goes on each lot,” Stefanowicz said. “Is that going to be up to whoever buys it to put whatever they want to on there or are you going to have a layout that says ‘Here’s how we’re going to maintain the integrity and the feel we’re going for?’”

Stefanowicz and others also wanted to know whether or not Spinks planned to build the homes first or sell the lots and allow the buyers to build, and if that process would be staggered or would happen all at once. Another concern related to how the new development would affect drainage of the surrounding areas, to which commission member Michael O’Kelley had a response.

Spinks relayed the intention for the development would be to sell the properties, then build the homes, but reinforced the idea that the homes would remain somewhat uniform.

“We would maintain some control on the architectural side of it,” Spinks said. “There will be consistency with the appearance. We’re not going to have two houses with metal roofs, one with a clay roof and two with shingle roofs. It’s going to be consistent with the type of home you think would be on a mini-farm.”

Spinks relayed that on the size lots that were being proposed, a percolation test was not required, but that if there was a problem that arose, a new septic system would be put in place. The lots would also have fencing placed between them at various junctures. In relation to the gas line concern, Spinks said the gas line does not come up to the property line, and that it does not encroach on the proposed driveway.

“There’s a procedure you follow before you do anything on the gas line,” Spinks assured the crowd.

The commission voted to approve the request at the culmination of the discussion.