COLUMBIANA- Charles Marvin Grier, 53, of Shelby filed to waive his arraignment and pleaded not guilty by reason of mental disease or defect to three counts of rape in the second degree on Tuesday, March 21. 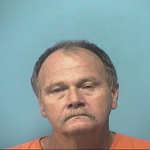 According to court documents, Grier, who lists an address on Clear Springs Way, was arrested on May 19, 2016 and charged with three counts of rape in the first degree. The case was bound over to a grand jury on Sept. 22, 2016, and the charges were later reduced to rape in the second degree.

Grier allegedly “engaged in sexual intercourse with a member of the opposite sex by forcible compulsion” with a victim who was between the ages of 12 and 16 from October 2014 to March 2016.

Rape in the second degree is a Class B Felony, which carries a maximum 20-year prison sentence and up to $30,000 in fines.