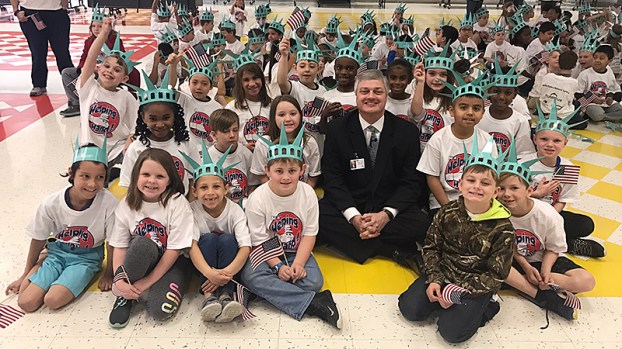 ALABASTER – Second-graders at Alabaster’s Meadow View Elementary School honored everyone from the school’s secretaries to one of the city’s firefighters during a “Super Citizen” award program on March 23.

Through the Liberty’s Legacy Super Citizen program, second-graders at Meadow View Elementary School presented “torch pins” shaped like the Statue of Liberty to several adults who give back to the community.

Several weeks ago, the school began the Super Citizen program with kickoff events. Since then, each second-grade class at the school has identified a local hero they consider to be a Super Citizen.

During the March 23 ceremony, the kids presented torch pins to the following honorees:

PELHAM – Civic Complex Hockey director Erik Hudson is on a mission to “Pack the PCC” on Friday, March 31,... read more