COLUMBIANA – A marijuana trafficking charge against a 72-year-old Shelby man has been dismissed, and his son will spend the next two years on probation after pleading guilty to a reduced charge earlier this year. 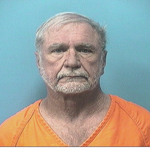 Donald Ray Sheffield Sr., who lists an address on Shelby County 311 in Shelby, originally was arrested along with his son, Donald Ray Sheffield Jr., on marijuana-trafficking charges on Jan. 27, 2017, after deputies claimed the two men were found in possession of about 4.7 pounds of marijuana in the 1500 block of Shelby County 311 on June 23, 2015.

Prosecutors dropped the charge against Donald Ray Sheffield Sr. on March 13, according to Shelby County Circuit Court documents. In return, Sheffield Sr. agreed to a grant a full release to the county, state, law enforcement and witnesses in the case. 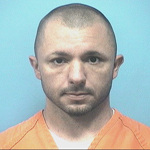 Circuit Court Judge Hewitt Conwill originally sentenced Sheffield Jr. to 65 months in prison, but suspended the sentence to two years on probation. While on probation, he must complete a substance abuse treatment program.