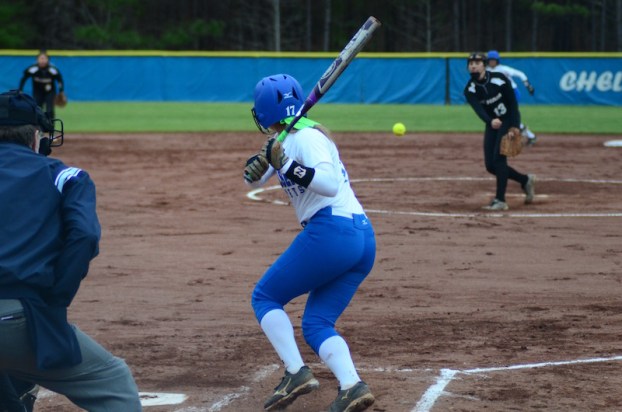 Chelsea was one of two ranked as the No. 1 team in their respective classification along with Spain Park. A total of four from the county were featured in their classifications top 10. (Reporter photo/Alec Etheredge)

The second edition of the 2017 Alabama Sports Writers Association softball rankings were released on Wednesday, March 22, and featured four teams from across Shelby County in their respective top 10, including two holding strong in their classifications top spot.

Last time we checked in, the Spain Park Jaguars were undefeated and sitting at No. 1 in 7A. While they still sit as the No. 1 team for the second consecutive week, their season-starting win streak finally came to an end.

After winning 22 straight games to start the 2017 softball season and jumping up to No. 3 in the most recent MaxPreps national rankings, the Jags fell to the new No. 9 in 7A, Hewitt-Trussville, 14-7 for their first loss of the season.

Still though, Spain Park sits at 22-1 overall and is firmly in the driver’s seat of Class 7A Area 6 with a perfect 3-0 record after taking down all three of their area opponents. They are one of only two teams in 7A with one loss as Fairhope sits at 22-1-1, making the Jags the clear No. 1 team.

Thompson (13-4, 1-1) is off to a strong start this season and found the 10th and final spot of the 7A rankings. The Warriors are probably better than the No. 10 team in 7A, but the lack of games compared to other teams is probably holding them back.

Their strength of schedule, however, is extremely tough and won’t get any easier the rest of the season as Class 7A Area 5 may be the toughest area to get out of this season. Thompson (10), Vestavia (8) and Tuscaloosa County (7) all sit in the top 10 and Hoover isn’t a team to take lightly either. On Wednesday, March 22, the Warriors took on area foe Vestavia and fell in a heartbreaking eight-inning game as the Rebels picked up the 6-5 win handing Thompson their first area loss of the season.

Still left on their schedule is Hoover once, Vestavia once and Tuscaloosa County twice as well as games against other premier teams like Oak Mountain, Chelsea and Mortimer Jordan. If they keep winning games like that they will prove their worth and soar up the rankings.

For the second consecutive week, the Chelsea Hornets, like Spain Park, came in as the No. 1 team in their respective classification. The defending 6A champions are off to a 12-3 start this season. Their only three losses are to 5A No. 4 Lincoln, 7A No. 2 Sparkman and 6A nominated Hueytown.

That loss to Hueytown came in their most recent outing on Tuesday, March 21, and was a hard one to swallow as they lost a tough one-run battle, 8-7. It marked the Hornets’ second one-run loss of the season as they fell to Lincoln 3-2 in their fifth game of the season.

Making Class 6A Area 8 even more challenging for the Hornets is Helena, who jumped into the top 10 for the first time. The Huskies started the season 4-2, but went on to lose four of their next five games to sit at 5-6. Since that they have gone 5-1, which was a strong enough stretch for them to make a huge leap and jump up to No. 5 in the 6A rankings.

Although Pelham has struggled off and on this year, they are also a tough team to pick up a win over and will make that area one of the toughest in 6A just like basketball.

The last team getting recognition was the Oak Mountain Eagles. Last week the Eagles snuck into the 7A top 10 as they found themselves at No. 9 with an overall record of 11-10. They haven’t looked bad over the past week, but will need to put together a few wins in a row to jump back inside the top 10, which shouldn’t be too difficult for this talented team.

By ALEC ETHEREDGE | Sports Editor When the first ASWA baseball rankings of the 2017 baseball season were released last... read more