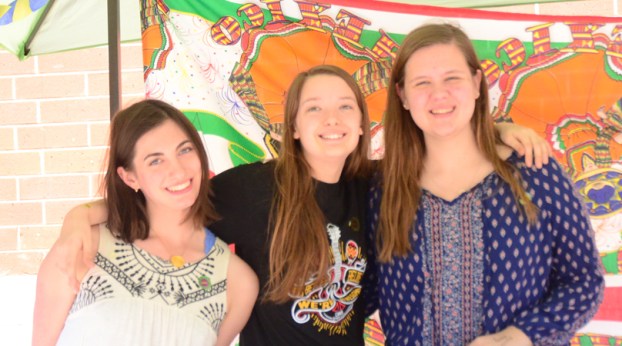 “As soon as they enter the courtyard, it’s like they’re in a Spanish-speaking country. They are not allowed to speak English, only Spanish,” CHHS teacher Ann Murphy said.

Different stations were set up to simulate real simulations where Spanish would be necessary.

“They go to a restaurant and order food, they go the park and play some games, they go to the bookstore and they go to the marketplace to buy different goods,” Murphy said. “They also go to ‘la discoteca,’ which is a dance place where they play ‘Just Dance’ in Spanish.”

Murphy said students who didn’t comply with the rules faced a unique and creative penalty.

“If they peak English, the police will arrest them and take them to jail, where they have to answer several questions in Spanish to be released,” Murphy said.

According to Murphy, this year’s Hispanic Market Day was entirely run by CHHS teacher Kyla Kortright’s Spanish III class, while Spanish I and II students attended.

This is the fourth Hispanic Market Day the CHHS Spanish Department has hosted. Murphy said she originally got the idea from a similar event at another school.

“I saw what another teacher was doing, and I decided to change it a little bit,” Murphy said. “We like to borrow things from other teachers, because that’s how you learn to be a better teacher.”

Murphy said participating in Hispanic Market Days will hopefully give students a better understanding of how to speak Spanish and why the language is important.